President Obama has directed his intelligence officials to conduct a “full review” of efforts to interfere with the 2016 presidential election, the president’s Homeland Security advisor Lisa Monaco said Friday.

Monaco told reporters at a breakfast hosted by the Christian Science Monitor in Washington, D.C., that intelligence officials will conduct a full review before Jan. 20 that will be submitted to members of Congress. Monaco did not offer many details about the review, but said it would “capture lessons learned and … report from a range of stakeholders to include their comments,” The Hill reports.

The U.S. intelligence community has said the hacks on the emails of the Democratic National Committee were carried about by Russian agents in the midst of the 2016 election. President-elect Donald Trump has not said directly acknowledged that there was Russian interference. “I don’t believe they interfered,” Trump said in a recent interview with TIME for 2016 Person of the Year. “It could be Russia. And it could be China. And it could be some guy in his home in New Jersey.”

Officials on both sides of the aisle, however, have called for a thorough investigation into Russia’s actions. Republican Senator Lindsey Graham of South Carolina said this week he’ll be leading an investigation.

“It’s pretty clear to me that Wikileaks was designed to hurt [Hillary] Clinton and it could be us tomorrow,” Graham told CNN this week. “I’m going after Russia in every way you can go after Russia.” 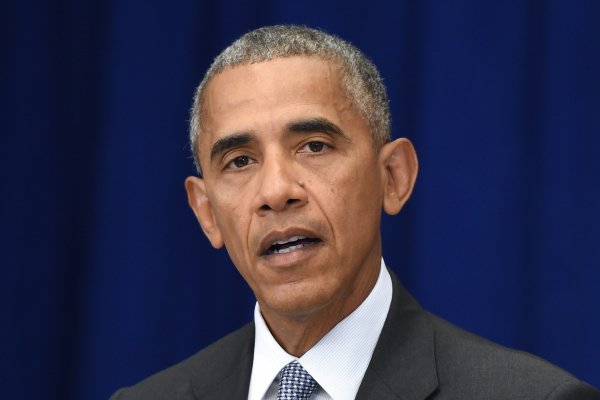 Obama to Tout National Security Record in Tampa Speech
Next Up: Editor's Pick