Cleveland Cavaliers forward LeBron James, left, and Cavaliers forward Richard Jefferson entertain themselves by flipping a water bottle trying to get it to land on it's flat bottom during the fourth quarter of an NBA basketball game against the New York Knicks at Madison Square Garden in New York, Wednesday, on Dec. 7, 2016.
Kathy Willens—AP
Ideas
By Sean Gregory
Gregory is a TIME senior editor.

If you’re a parent of a school-aged child, or a teacher of one, odds are you’ve heard the noise, over, and over, and over again: a plastic bottle landing against the schoolyard, or the floor, or the kitchen counter, or the top of the fridge, after a kid flips it through the air, hoping it will land upright. (After a successful flip, you dab.) The worldwide bottle-flipping craze — I, like many parents, prefer the term scourge — began in May, when a high school senior from Charlotte named Michael Senatore landed a shot during a talent show, sending his classmates into hysterics. The clip went viral. It has tallied over 6.8 million views. Curses, Senatore!

Enthusiasts took to the internet, trying to one-up each other with flipping prowess. While some schools have banned bottle-flipping, one principal in Australia has embraced it, seeking to turn tossing into a competitive extracurricular activity. He thinks it beats being sedentary behind a computer screen. “If a student can come into my office and under the pressure and the gaze of me watching flip three times they get to go to the canteen,” Greg Jones, a Sydney school principal said, told ABC News.

I’m no expert in education, but this man seems like a terrible educator.

I joke, Greg Jones. I’m just bitter. My 8-year-old son is a certified bottle-flipping addict who insists we go to the local CVS at every conceivable opportunity to pick out a new bottle to flip. You know what’s demoralizing? Water bottle shopping. If you gave me a dime for every time I’ve yelled, “Jack, stop it!” as another thump thuds through my ears, I’d be able to buy all the Poland Spring bottles in the world. And then I’d hide them. Just this morning, my son tried to flip his cold medicine. Come on, dude.

So imagine my horror on Wednesday night at Madison Square Garden in New York City… While goofing around on the bench in the closing seconds his team’s blowout win over the New York Knicks, LeBron James flipped a bottle on national television. He was trying to impress his pals, like every fifth-grade hotshot. Kyrie Irving, his All-Star teammate, tried it too.

This incident produced the predictable sports hot takes. Were LeBron and the Cavs disrespecting the Knicks for carrying on like middle schoolers at the end of a game? First of all, the Knicks deserve every ounce of disrespect for barely showing up Wednesday night. But more important, this debate masks the more pressing issue at stake — one that’s way bigger than NBA protocol.

By promoting bottle flipping, LeBron James ensures that the scourge will continue. He dashed all hope that this fad will soon run its course. One of the most famous athletes on planet Earth, a role model for millions of kids, just legitimized a supremely annoying activity. Flipping just got way cooler.

There’s no end in sight.

Worse, LeBron’s flip was awful. His bottle had no shot at landing properly. Children around the world will now be motivated to flip bottles just so they can say, “Hey, I just did something LeBron James can’t do!”

So on behalf of all aggrieved parents around the world, please don’t toss any more bottles, LeBron. We’re flipping out.

P.S. If you’re going to carry on, my son can give you a tutorial. We’ll all go bottle-shopping. 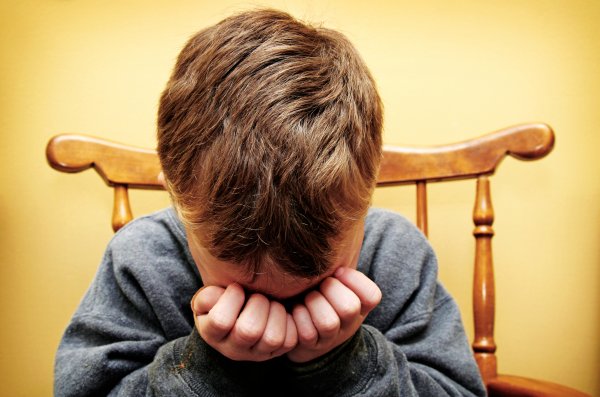 Why Fewer Moms Are Spanking Their Kids
Next Up: Editor's Pick