President Barack Obama during the BET's Love and Happiness: A Musical Experience on the South Lawn of the White House on Oct. 21, 2016, in Washington, D.C.
Chip Somodevilla—Getty Images
By Kevin Lui

As the term of the first sitting President to appear on late-night talk shows draws to a close, Barack Obama will grace the nation’s comedy screens at least one last time.

Comedy Central announced Thursday that the President will be a guest on Monday’s episode of The Daily Show With Trevor Noah. Having appeared on the show seven times during the tenure of former host Jon Stewart, this will be Obama’s first time sitting down with the South African comic.

Since taking over in September 2015, Noah has played host to several big names in U.S. politics, from Senator Lindsey Graham to Dr. Ben Carson and former President Bill Clinton. But Noah’s interview with Obama — which will take place in the White House — will be his most high-profile yet.

It will also be the first time that Obama will appear on a late-night talk show since the presidential election in November. The episode will be aired on Comedy Central as well as MTV and BET. 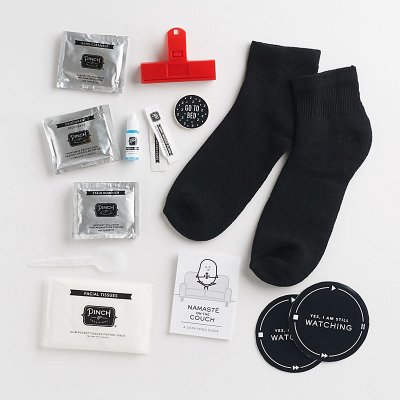 10 Last-Minute Gifts for Everyone on Your List That Still Seem Pre-Meditated
Next Up: Editor's Pick