5 Ways the Role of U.S. Secretary of State Has Changed

President-elect Donald Trump announced that he has chosen ExxonMobil CEO Rex Tillerson to be Secretary of State on Tuesday, bringing a close to one step of a long selection process. The pick has been seen as a striking example of Trump’s willingness to depart from Washington norms by bringing in outsiders for top positions.

But what is “normal” for a Secretary of State has already changed significantly over the years, with or without Tillerson. For a perspective on how the role of the cabinet’s top diplomat has evolved, TIME called up the presidential historian Douglas Brinkley, professor at Rice University and author of several books including Dean Acheson: The Cold War Years 1953-71, a biography of the Truman-era Secretary of State. Here are five ways in which the job has changed:

The job used to be a stepping stone to the presidency

In the early years of the United States, when international travel was far more difficult than it is today, diplomatic experience was an important step on the road to the presidency. In fact, the overlap between early Secretaries of State and early Presidents is remarkable: Thomas Jefferson, James Madison, James Monroe, John Quincy Adams, Martin Van Buren and James Buchanan all held both offices. (Brinkley credits Buchanan’s failed presidency with stopping the trend.) “It used to be when our country was founded, having some kind of diplomatic experience in London and Paris and The Hague was a great calling card,” Brinkley says. “It really was a very great feather to have in your cap that you had been a diplomat. But now everybody is a globetrotter, so it doesn’t stand out as that important of a credential.”

Secretaries like Dean Acheson, John Foster Dulles or Dean Rusk came out of the Eastern establishment of foreign policy circles, and think tanks like the Council on Foreign Relations were breeding grounds for the top diplomats, but that kind of experience is no longer a natural lead-in to the job. “We see a shift away from that starting after Cy Vance in the Carter years — the classic striped-pants diplomat — didn’t show loyalty to Carter, resigned during the rescue attempt in Iran, and [Edmund] Muskie came in,” Brinkley says. “Then it started being seen as a place where you’re better off with a deep loyalist to the President, not somebody who is a free-ranging intellectual thinker on foreign policy.”

“The role of Secretary of State is to be doubling down on what the President says. That’s a change,” Brinkley adds. “[The State Department] used to be more of a think tank where ideas percolated there and then go to the President.”

That means, Brinkley says, that Lt. Gen. Michael Flynn will perhaps wield more power than the incoming Secretary of State will: “The empowerment of the National Security Adviser has made the role [of Secretary of State] a little less meaningful. We want info in an nanosecond now. People aren’t as interested in State Department white papers like they used to be.”

Communications technology has changed the reasons for State Department travel

In the days when international communication was difficult, expensive and insecure, diplomatic travel was a key function for the Secretary of State. Without easy remote access to foreign leaders, and without recordings of the meetings that did happen, the knowledge a Secretary of State could acquire from travel was key to international relations. “They were the Internet,” as Brinkley puts it. “Today, we have a thousand different ways to find out what’s going on in Europe from telephone to YouTube to the Internet, on and on.”

The expectation that the Secretary of State would spend a great deal of time abroad was particularly pronounced during the Cold War, when the presence of the top diplomat at summit meetings with the Soviet Union was key. Today, international summits can easily seem like more photo op than life-or-death mission. “Since we’re a global economy, now being Secretary of State is about who can visit the most countries and meet the most leaders — creating stats on travel,” Brinkley says.

The Secretary of State role was once a boost for a future high office, and was later a place for people who didn’t plan to run for office at all. It’s now changed again, “becoming a place for failed presidential candidates,” Brinkley says, and “a spot for somebody’s last act in government.” For example, Edmund Muskie was Secretary of State after failing to receive the Democratic nomination in 1972, and current Secretary John Kerry lost the presidential election in 2004. “It didn’t used to be that way,” Brinkley adds. “George Marshall never wanted to go into politics; neither did Dean Acheson or John Foster Dulles or Dean Rusk.”

Brinkley says he believes that, for a number of reasons, it has become harder for Secretaries of State to win elections after serving in that role. “That will boomerang on you because, by nature, you’re having to make compromises and negotiations with unsavory characters. In the early foundational years of our country, we didn’t have photography. Now you’re suddenly in photo ops with nefarious characters,” he explains. “Then, if you’re going to run for elected office after being a Secretary of State, and if you criticize the administration you’re serving, you look like a Judas goat. You kind of inherit all of the mistakes made in the administration. You’re kind of in a box. It puts you in a straitjacket.”

That problem was something Brinkley says was clear to William Jennings Bryan, who gave up the role because he disagreed with President Wilson. And it was clear to the whole nation recently, during former Secretary Hillary Clinton’s run for the White House. “Instead of Benghazi being a Barack Obama problem, it became solely Hillary Clinton’s,” Brinkley says. “It reminds me of when Hubert Humphrey lost in ’68. He couldn’t criticize the Vietnam War because he had been the vice-president for Johnson and still was vice-president.”

And another change to the role may be on its way soon, should Tillerson be successfully appointed to the position. 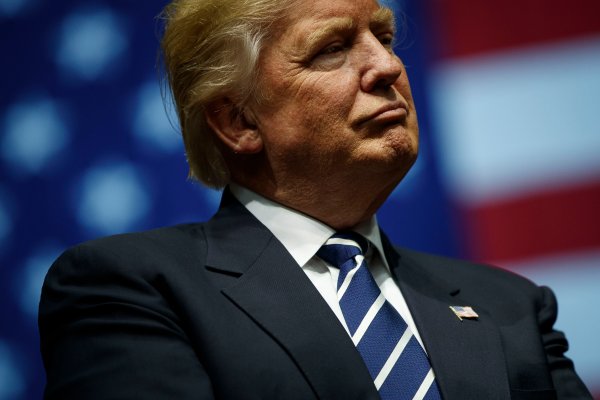 Electors Against Trump Are Faithful Not Faithless
Next Up: Editor's Pick