Alex Hibbert in Moonlight.
David Bornfriend—A24/AP
Ideas
By Brandon Tensley
Tensley is an associate editor for New America, a co-host of Slate’s Outward podcast and a contributing writer at Pacific Standard.

We’ve made it. After decades of paltry onscreen portrayals of black people—who often don’t seem to exist apart from being slaves or sidekicks—2016 has given our lives silver-screen shape.

Gil Robertson, co-founder and president of the African American Film Critics Association, recently highlighted this historic plot twist, saying that, “by any measurement, it’s been an exceptional year for blacks in film. From comedies to high-quality dramas and documentaries, 2016 will forever represent a bonanza year for black cinema, and all cinema, really.”

Mira Nair’s Queen of Katwe earns its crown by pulling into focus the under-sung triumph of a young black girl—a prodigy—from the slums of Uganda who becomes a chess champion. Barry Jenkins’s Oscar-buzz darling Moonlight, which has no speaking roles for white characters, traces the romance between two black men from the projects of Miami, Fla., and upends myths about what black male sexuality can and can’t be. There’s also the cultural bounty of documentaries such as Ava DuVernay’s 13th, with its hard look at how the Thirteenth Amendment, like a tripwire, set off an epidemic of mass incarceration.

The unapologetic blackness of some of 2016’s best and most successful films utterly smashes the delusion that diversity—somehow—hamstrings artistry. For example, Moonlight, with a total budget of only some $5 million and peopled primarily by non-acting black performers, reveals how great stories can emerge—if we care to look for them.

To be black, particularly in the U.S., is to lead an inherently political and often painful existence. But while significant, that’s by no means the full measure of our vast and varied experiences. And appropriately, what’s finally being splashed across cinema screens all over the country is something more dynamic than that—because black life is more dynamic than that. It comes with its own unique set of challenges, for sure, but there’s a gradation that audiences aren’t typically exposed to.

Of course, frequently woven into complexity is controversy. Nate Parker’s The Birth of Nation, about Nat Turner and the slave revolt he helmed in Virginia in 1831, was hailed as a bold addition to the black film canon until debate swirled around Parker’s sexual-assault trial 17 years ago and whether, as Roxane Gay put it, “we can or should separate the artist from his art.”

There’s also no guarantee that the positive momentum we’re witnessing will continue, that this newfound visibility will amount to anything more than a nice but provisional cultural moment. As Robertson said, “But what about next year and the year after that? Unfortunately, the question that we must ask with every watershed year is ‘how long will it last?’” And this is to say nothing of the fact that Hollywood’s deep-seated race problem isn’t only an issue for black people but also for people of color more broadly, including Asians, Latinos, and Native Americans.

For now, however, I’m willing to be judiciously optimistic. There’s comfort in knowing that so much of today’s black storytelling is in the hands of those arguably best poised to do justice to the lives playing out onscreen—black people. From DuVernay to Jenkins, black filmmakers are producing art that’s reshaping our ideas about whose perspectives matter. And given the racist backlash linked to the radical rise of President-elect Donald Trump, it’s more crucial now than ever not to turn away from these narratives that are usually imagined more than they’re seen.

So as we roll into Oscar season—amid a very murky political climate—I’m hopeful that film, even in a small way, will enact possibility and enable reality. 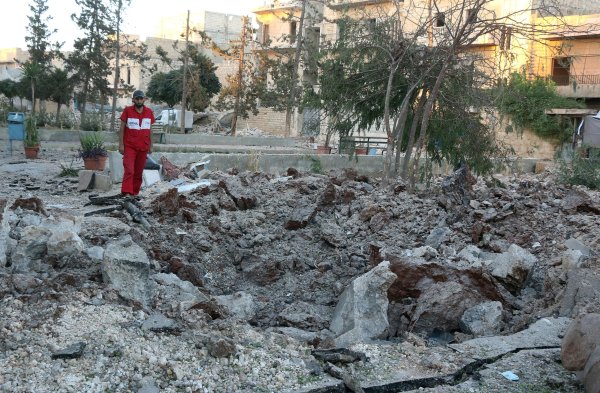