Will Smith has some pretty wild new neighbors — at least, that’s the story that he told Ellen Degeneres when he appeared on her eponymous show on Thursday.

According to Collateral Beauty star, there’s a lion in his backyard, although actual footage from his home shows that the lion is really more like a mountain lion or a feral big cat, something that DeGeneres kindly pointed out to him.

Smith, however, remained unconvinced, telling Ellen that his solution to the issue of the “lion” was to “immediately put the kids on punishment, you call the ranger, and the ranger comes out and says you have a lion.”

He later joked that he hoped animal control would be able to send the lions to his neighbor Denzel Washington’s house. 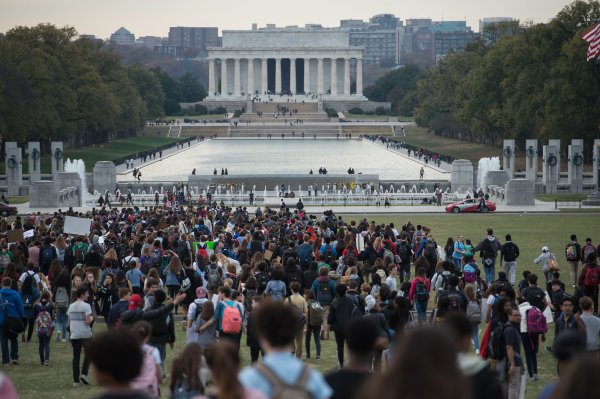 Women’s March on Washington Won’t Be Happening at the Lincoln Memorial
Next Up: Editor's Pick