J.K. Rowling and Lin-Manuel Miranda Just Had the Most Delightful Harry Potter Exchange

Harry Potter and Hamilton are two of the biggest pop culture phenomenons ever, so the fact that their creators — J.K. Rowling and Lin-Manuel Miranda, respectively — seem to love each other’s work, is just the icing on the cake.

As part of a Wednesday tweet thread titled, “POP CULTURE EVENTS FROM WHICH I HAVE STILL NOT RECOVERED, MANY YEARS LATER,” Miranda included a nod to the sixth book in the beloved Potter series, prompting a heartwarming reply from its author.

Referencing the scene in The Half-Blood Prince when Harry and Dumbledore are fleeing the cave in which Dumbledore drank the potion of despair to obtain what he thought was one of Voldemort’s Horcruxes, Miranda quoted the headmaster’s answer to Harry’s pleas to remain calm: “‘I am not worried, Harry,’ said Dumbledore, his voice a little stronger despite the freezing water. ‘I am with you.'”

Rowling responded to the tweet Thursday morning, explaining why she appreciated his shout out. “Cannot tell you what this means (from you), because this moment is one of my very favourites,” she wrote. “Always feel [Half-Blood Prince] gets overshadowed by [Deathly Hallows]…” 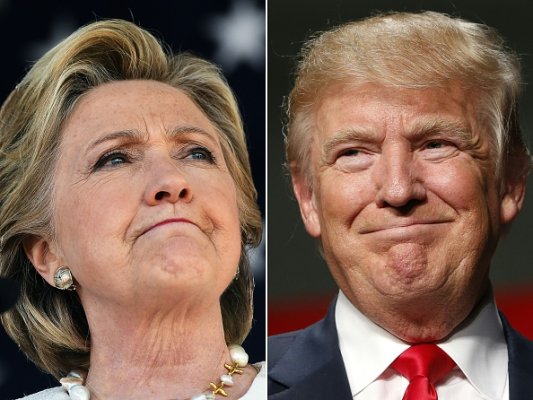 These Were the Hillary Clinton and Donald Trump Tweets Everyone Shared the Most This Year
Next Up: Editor's Pick