France’s far-right presidential candidate Marine Le Pen says children of immigrants who are in the country illegally should be denied the free schooling afforded to French nationals.

“I’ve got nothing against foreigners but I say to them: if you come to our country, don’t expect that you will be taken care of, treated (by the health system) and that your children will be educated for free,” the National Front leader told a conference organized by a polling group in Paris, AFP reports. “No more playtime,” Le Pen added.

She later clarified to the news agency that she meant the children of immigrants who were in the country illegally, not those of all foreigners. But what is unclear is the legality of her position. The right to education for all is enshrined under under the 1946 French constitution. Her plan will also go against a child’s right to education in the European Convention on Human Rights, the BBC reports.

The anti-E.U. politician is currently polling behind the presidential candidate for the rightwing Republicains Party, François Fillon, but she hopes to galvanize momentum in the 2017 primaries— in a similar fashion to the victory of Donald Trump in the U.S.

Le Pen runs on an anti-Islam and nativist platform, having called for drastic cuts to immigration and the deportation of all undocumented immigrants. 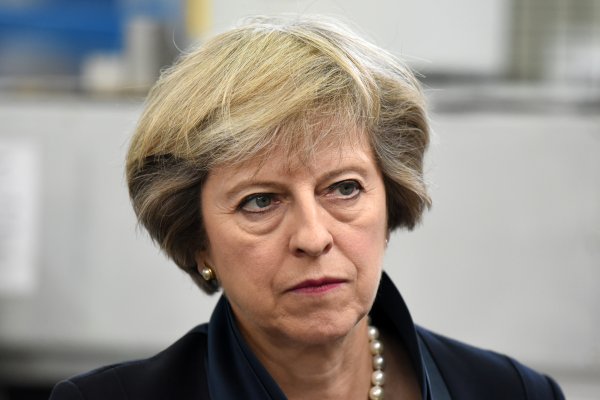 Lack of Clarity on Brexit Irritates Europe
Next Up: Editor's Pick