Jeopardy! Contestant Dies of Cancer Before Her Episode Airs

A contestant on Jeopardy! who filmed her appearance in August has died of cancer before her episode airs.

Cindy Stowell had Stage IV colon cancer when she competed on the show, and passed away on Dec. 5. She intended to donate any winnings from the Dec. 13 episode to organizations related to cancer, Jeopardy! said in a statement Wednesday, Stowell’s Austin’s KXAN News reports.

“Competing on Jeopardy! was a lifelong dream for Cindy, and we’re glad she was able to do so,” Jeopardy! host Alex Trebek said in the statement to KXAN. “Our condolences and best wishes to her family and friends.”

Stowell, an Austin, Tex. resident, reached out to producers about her terminal prognosis before her in-person audition for the show, and the producers said if she qualified, they would book her as soon as possible, KXAN reported. Only a limited number of Jeopardy! staff knew about her illness when she taped on Aug. 31.

Stowell’s boyfriend, Jason Hess, posted the news of her death and photos of her on Twitter, People reports. 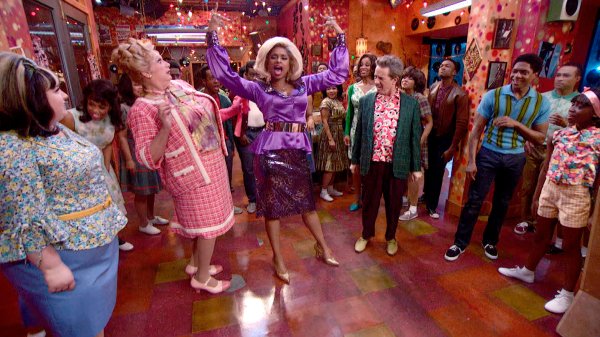 Review: Hairspray on NBC Hit All the Expected Notes, to Diminished Effect
Next Up: Editor's Pick