The Giraffe Is Now Vulnerable to Extinction Following Population Decline

The giraffe is now “vulnerable” to extinction following a population decline due to a slew of different human activities, according to a new report.

The findings come as the latest update to a list of threatened species published by the International Union for Conservation of Nature (IUCN), the mostly commonly accepted ranking of endangered species. The giraffe population in southern and eastern Africa has declined by as much as 40% in the past three decades, leaving a population of just under 100,000 last year, according to the IUCN. The report cites illegal hunting and destruction of the giraffe’s habitat to make way for agriculture and mining operations as key reasons for the decline in the population.

“These majestic animals are undergoing a silent extinction,” said Julian Fennessy, of the IUCN’s giraffe and okapi group in a statement. “As one of the world’s most iconic animals, it is timely that we stick our neck out for the giraffe before it is too late.”

The IUCN also said that scientists had discovered more than 700 additional bird species to bring the total to more than 11,100. The group says 11% of the newly-discovered animal species are threatened.

Biodiversity, a measure of different plant and animal species in a given area, has been on the decline in recent years across the globe. Scientists have called for humans to change course or risk mass animal extinction that could cause disrupt ecosystems and, eventually, human life. 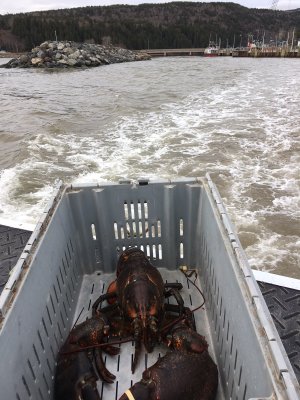 A Canadian Vegan Bought a 23-Pound Lobster Just to Set it Free
Next Up: Editor's Pick