A Nevada high school student was injured in an officer-involved shooting, police said on Wednesday.

A campus police officer at Hug High School shot the student who had a knife and was fighting a classmate, the Reno Gazette-Journal reported.

Nevada Department of Public Safety director James Wright told the AP a 16-year-old student was taken to a hospital in Reno after being shot by a campus police officer. The officer was not injured.

Robert Barragan, a student at the school, told the Gazette-Journal he saw two male students fighting outside the school library, when one pulled out a knife and stabbed the other. A police officer then shot the student with the knife in the shoulder.

A spokesman for the district school police told TIME that one person was injured in the incident.

Washoe County School District issued a statement on its website saying Hug High School students would be released soon after 2 p.m. “The campus is currently stable and secure with a heavy police presence at the school,” the statement said. 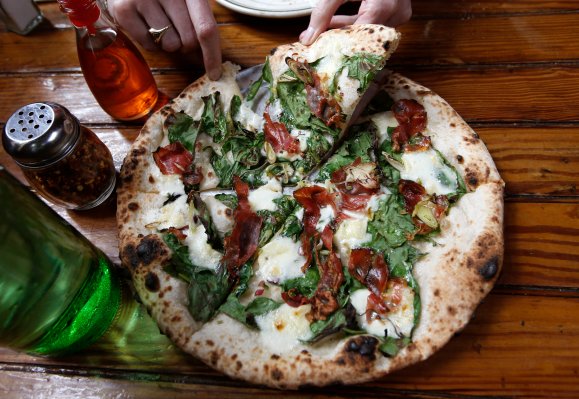 Conspiracy Theorists Are Targeting a Pizzeria in New York
Next Up: Editor's Pick