Twenty seven prominent company leaders, a mix of men and women, have come together to launch Paradigm for Parity, an organization committed to making significant progress toward gender equality in the business world by 2030. The new coalition, comprising current and former CEOs from companies like Bank of America, LinkedIn and the Huffington Post, was announced Wednesday.

Paradigm for Parity’s mission statement is simple – to make the norm in corporate leadership one in which men and women have equal power, status and opportunity.

That plan consists of targeting unconscious bias in the workplace; a “near-term” increase of women in senior roles to at least 30%; progress reports to ensure accountability; emphasizing results and performance over in-person office presence; and matching promising female employees with sponsors.

Bickford, a partner and Wealth Advisor at Evercore Wealth Management, was previously Rothschild’s only female Global partner in the United States. The other women at the helm of Paradigm for Parity are Ellen Kullman, former Chairman and CEO of DuPont, and Sandra Beach Lin, former President and CEO of what is now called Silicor Materials.

Per the 2016 Fortune 500 list, only 4.2% of CEOs of the country’s 500 largest companies are women. President-elect Donald Trump’s new 16-person business advisor team has just two women.

“Powerful evidence links gender-balanced leadership with financial and stock market outperformance, and we are proud to partner with 27 major corporations to take definitive action to create the gender balance that will generate those tangible benefits,” said Kullman in the press release. 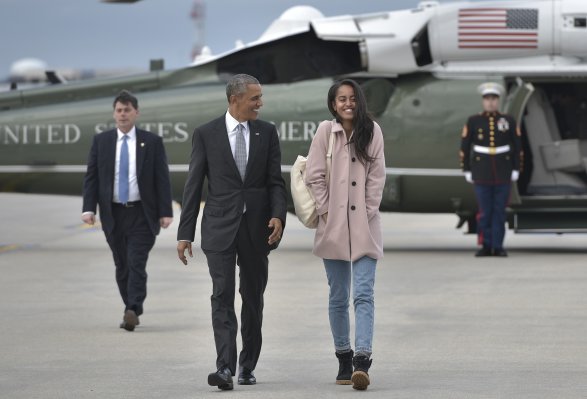 Malia Obama is Ready to Leave the Nest
Next Up: Editor's Pick