With Donald Trump nominating Cabinet members who have spoken out against legal marijuana, some are arguing that the war on drugs may make a comeback. But while there’s reason for anxiety among those selling recreational marijuana legally in states like Colorado and Washington, an all-out war remains unlikely.

Experts say that trying to undo legalization at this point would come with serious economic and political hurdles.

Here are seven reasons that it would be hard to stop what the states have started.

Waging a war on pot would go against the will of many voters.

“It would be a very blatant finger to the voters,” says the Drug Policy Alliance’s Amanda Reiman. In November, voters in eight states cast their ballots for some form of marijuana legalization. That means that medical marijuana is now legal in 28 states and recreational marijuana is legal in eight, including the nation’s most populous: California. With that powerhouse on board, a total of about one quarter of the population lives in a place where voters have decided that adults should be able to consume cannabis much the same way they consume alcohol. And all but six other states have legalized a non-psychoactive form of cannabis known as CBD, which people use to treat conditions like juvenile epilepsy.

Public opinion on marijuana is going in the opposite direction.

Trump himself has said he supports medical marijuana and that states should handle the question of whether to legalize.

Both Alabama Sen. Jeff Sessions, Trump’s pick for attorney general, and Retired Gen. John Kelly, Trump’s selection to head the Department of Homeland Security, have criticized legalization. Sessions, who would be the nation’s top law enforcement official if confirmed, has called reform a “tragic mistake” and said pot is “not the kind of thing that ought to be legalized.” Kelly has said legalization sends confusing signals to other countries that legalization makes it appear that, “We seemingly are not caring about drugs anymore.”

Trump sings another tune. Decades ago, he said that all drugs should be legalized, in order to take profits away from black-market players and produce tax dollars that could be spent on educating people about the dangers of drugs. In a 2016 appearance on Fox News, he said of medical marijuana, “I’m in favor of it a hundred percent.” And while he has said he opposes legalizing marijuana for adult use, after a primary debate in Colorado in 2015, Trump also said, “I think that should be a state issue, state-by-state.”

It does not seem high on his list of priorities.

While Trump’s comments on marijuana may not rise to the level of a campaign promise, and while he’s proven flexible on his own prior stances on issues, reform advocates point out an indisputable fact: the president-elect almost never talks about pot. In fact, a search of Trump’s very active Twitter feed produces zero mentions of the word marijuana, compared to more than 100 mentions of the word immigration. And, with limited resources, a President—and his Cabinet—can fight only so many battles.

“He talked about changing federal policies at almost every possible level,” says Mason Tvert of the Marijuana Policy Project, “but he never said he’s itching to change the way the government is handling state marijuana laws.” Plus, Tvert adds, if his administration tried to dismantle markets that so many states have decided to build, he’d be inviting new opposition not only from pro-marijuana voters but hardcore libertarians and others who believe strongly in states’ rights.

Yet many of the best-worn strategies in the war on drugs—like raids—require funding, and Congress holds the purse strings. Pro-marijuana advocates hope that powerful congressional delegations from places like California will abide by the will of their voters and stymie any efforts to fund the fight. And they have reason to be optimistic: even before the 2016 election, members of Congress proved willing to use money as a tool to actually protect legal marijuana, passing an amendment to the budget that prevented the government from spending money to prosecute medical marijuana patients or distributors who are abiding by state laws. “All the states that have legalized it,” says University of the Pacific’s Vitiello, “are going to bring a lot of pressure to bear not to disrupt it.”

There’s a lot of money in marijuana these days and the prospect of much more in the future.

If legal marijuana markets didn’t exist tomorrow, that would mean the shuttering of hundreds of small businesses and the loss of thousands of jobs. It would buoy the black market. And it would also make for a lot of unhappy investors. The market for legal marijuana in America is already worth an estimated $7 billion and, according to market research firm ArcView, it will be worth more than $20 billion by 2020. While many bigwig venture capitalists and corporations are still wary of writing checks because of prohibition, others are proving eager to cash in on the “green rush.” Among them is even a member of Trump’s transition team, Silicon Valley billionaire Peter Thiel. “There’s a huge amount of capital formation,” says Vitiello. “There are literally billions of dollars of investment in these gray market establishments.”

The extent of federal government’s authority over these matters is unclear.

The Obama Administration issued several memos that essentially gave states that had legalized marijuana a “yellow light,” says the Drug Policy Alliance’s Reiman. If states vigorously upheld “an appropriately strict regulatory system” and protected federal interests like keeping pot out of the hands of minors, the memos suggested that the federal government would not interfere. That never made marijuana anything other than illegal in the federal government’s eyes, and everyone operating a marijuana shop is currently in violation of federal law, but it’s an open question as to how much power the feds have to shut state markets down. This gray area would likely have to be made clear in court, legal experts say, and the Supreme Court refused earlier this year to hear a case that would have yielded an opinion on the matter.

Should the Trump Administration decide that it wants to interfere, there are clear limitations, says University of Denver’s Kamin. The federal government cannot require states to prohibit marijuana, nor can it force states to enforce federal law. While the Drug Enforcement Administration could go into any state and arrest every single dispensary owner, at least in theory, the state and local police would be under no clear legal obligation to help. In the past, the feds have focused more on big fish. “Historically,” Kamin says, “the federal government is not the primary enforcer of drug laws in this country. The states are.”

Trump has upended precedent in many ways, of course, and this could end up being one more example. The question, Kamin says, “is just how much pain and suffering is the federal government willing to induce to do it?” 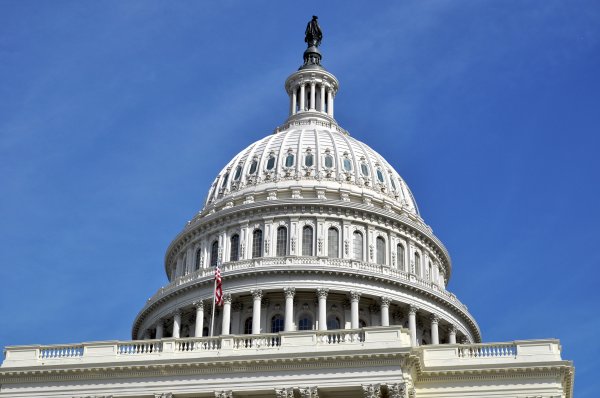 Watch the Senate Bid Farewell to Joe Biden
Next Up: Editor's Pick