Nikki Reed: Actors and Celebrities Have a Duty to Speak Out on Politics

When actors speak out on social or political issues, we sometimes get scolded for not staying in our lane. As entertainers, we are no more qualified to discuss the specifics of governance than anyone else. But on stage and off, the media spotlight often shines on us regardless of what we’re doing. By talking about issues that matter, actors can shift the attention they receive to issues that might otherwise be overlooked. One of the most important but least-covered topics of this turbulent year was climate change.

That said, there are a number efforts to bring climate change into the public discussion, one of which being National Geographic’s Years of Living Dangerously docu-series about climate change. It uses the spotlight shone on public figures to illuminate this complicated issue for those who may still be in the dark about it, sending people like me out to meet with experts to learn about the issue, bringing the audience along for the ride.

And now more than ever, climate change is as important as it is obvious. At the close of 2016, we are finishing up what is almost certain to be the hottest year on record, which beat out 2015 for that title, which in turn beat out 2014. There should be no doubt then, that this is an issue that is not going away on its own. The longer we put it off, the harder it will be to solve for my generation, and the greater the burden placed on the underserved and at risk communities who bear a disproportionate burden of climate impacts.

This is what makes a recently launched national youth-led campaign to put a price on carbon so important. College students around the country know that while their parent’s generation are responsible for the bulk of carbon pollution in the atmosphere, it’s increasingly looking like it’s unfairly up to them to clean up their parent’s pollution. The Price on Carbon asks college administrators and state leaders to take steps today that will ensure a prosperous and equitable future for today’s children and their children.

The campaign comes as President-elect Trump seems poised to roll back climate regulations and resist any efforts to take action on the federal level. Though that will be a benefit for the fossil fuel barons rumored for consideration in his cabinet, it will be bad news for the one Barron he cares most about: his son. It is Barron Trump’s generation who will be saddled with the worst of the climate problem, though we’ve already begun feeling its impacts.

Whether or not Trump sticks to his climate denial, we can find ways to move forward. Because fortunately, it’s not solely up to the federal government. Putting a price on carbon doesn’t need to be a national policy to be effective. For example in the Northeast, nine states came together in 2009 to form the Regional Greenhouse Gas Initiative, which has since reduced power sector emissions an impressive 45% while saving consumers billions on power bills and raised over $2.5 billion for clean energy efforts. This sort of regional policy provides a great example of how states can move forward on important issues despite denial or inaction at the federal level.

But as we saw in the state of Washington, putting a price on carbon has to be done carefully. A November ballot initiative to price carbon failed in Washington, in part because it didn’t reflect the needs of underserved communities and the importance of funding the clean energy that will replace fossil fuels. The lessons learned in Washington will provide a blueprint for other states as they consider carbon pricing models.

Ironically, we can look to China for inspiration on how to pursue carbon pricing in the United States. They’ve been piloting carbon trading programs in seven provinces to determine which style would work best for the national market scheduled to take effect in 2017. China’s leadership on carbon pricing presents us with a clear choice. We can sit back and let China take the lead in the clean energy revolution, or we can do what America does best: find profitable solutions to serious problems, and leave our children a better world than the one we inherited.

Most importantly, putting a price on carbon now will send a signal to our children that you when you make a mess, you should clean it up.

Reed is an actor, screenwriter, producer and animal and climate-change activist. She recently appeared on National Geographic’s Years of Living Dangerously to explore how putting a price on carbon can help our planet. 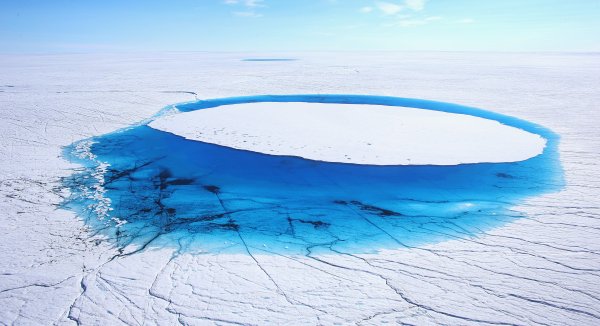