Queue up the crying Dawson meme, because Katie Holmes doesn’t think a Dawson’s Creek reunion will ever happen.

Holmes stopped by SiriusXM’s Just Jenny Show on Tuesday and promptly shut down the possibility that she would reunite with Joshua Jackson or James Van Der Beek for a Dawson’s Creek reunion.

“I don’t think we’re going to do a reunion,” Holmes told radio host Jenny Hutt, quietly crushing the dreams of fans everywhere eager for the cast to return at least for their 20th high school reunion or something.

When Hutt asked for an explanation that she could share with devastated fans, Holmes explained that they simply grew up. “We see each other every now and then,” she said. “I think that the charm of the show was Kevin Williamson’s writing and it was of that time and it gave teenagers this voice. It was a very, very special time — a special show and I loved every minute of it.”

Thanks to the Gilmore Girls: A Year in the Life fans are in a re-boot frenzy, so much so that the Today show even asked Michelle Williams about the chances of a possible Dawson’s Creek reunion. “I died,” the actor reminded the hosts. “I would have to come back as a ghost — or put a lot of filters on the camera, and I’ll do flashback scenes. I think it’s a fun thing to sort of imagine. I like imagining it. But I haven’t really heard anybody say anything like actually serious about that happening.” 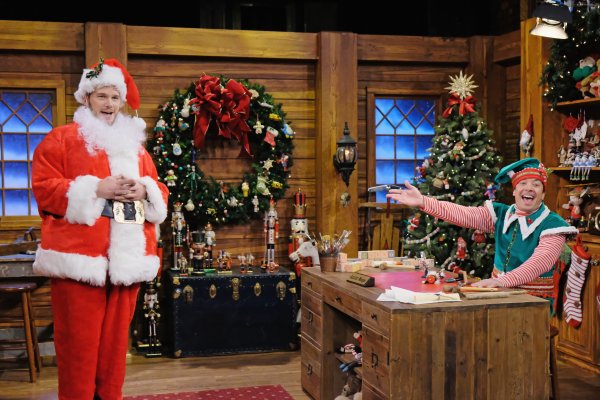