The Harriet Tubman $20 Bill Could Make an Early Debut

U.S. government officials say Treasury Secretary Jack Lew could release early images of redesigned $5, $10 and $20 bills in an effort to pressure the Trump Administration away from reversing their plans.

But doing so, officials fear, could give counterfeiters a running start and could ultimately hurt plans to add a woman to front of the currency.

The Treasury Department has not confirmed that there are any current plans to release early renderings of the design, but officials inside and out of the Obama Administration have said the decision is ultimately up to the Secretary. Officials say that security should be the determining factor in any such plan.

In a statement to TIME after this post was published, a Treasury Department spokesperson said the process to update the bills is well underway and the Bureau of Engraving and Printing was directed to accelerate its work on the note redesign at the time of Lew’s announcement. “That work, which could include ideas for imagery, will be documented in a way that captures the full record of the excellent progress that has been made on this project and is consistent with our primary concern for the security of our currency,” a spokesperson said. ” The process of currency redesign is complex and was always expected to extend beyond the span of one administration.”

Given the results of the 2016 election, Treasury Secretary Jack Lew is in a bind. In less than seven weeks, he will hand the keys over to his successor and his legacy-securing plan to overhaul the look of our nation’s currency will go out the door with him.

While most of the Treasury Department officials who make recommendations on which currency should change and why based on security are career employees, changes to the aesthetics are at the sole discretion of the Treasury Secretary. It is not yet known how the Trump Administration will approach the currency redesign.

When the Treasury Department announced major changes to the faces of the $5, $10 and $20 bills, including the inclusion of a woman as the portrait on U.S. currency for the first time in modern history, it was widely viewed as a watershed moment.

Public backlash was minimal and despite signals by government officials that the actual bills would not hit the market until the late 2020s, the nation appeared ready for a woman,—Harriet Tubman, at that—to appear on the front of U.S. currency.

There was one major skeptic, however: President-elect Donald Trump. Then in the throes of the primary election, Trump called the move “pure political correctness” and suggested moving Tubman to a lower denomination like the $2 bill.

“Andrew Jackson had a great history. I think it’s very rough when you take somebody off the bill,” Trump said last spring.

That quote did not go unnoticed by the Treasury Department, where the redesign process is currently underway, though at the time most were still convinced Hillary Clinton would defeat Trump in the 2016 election. In October, Lew took a trip to Philadelphia where he toured the Marian Anderson museum and discussed the changes with graduate students at the Wharton School of Business.

In an interview with the Philadelphia Inquirer, Lew said that there is already plenty of enthusiasm around their proposed changes.

“I think the enthusiasm about the announcement and what we’ve made has left an important mark,” Lew told the Inquirer. “I think the decisions like the decision of Harriet Tubman on the $20; people have already started calling them ‘Tubmans’ and they’re not even printed yet.”

But Trump’s surprise victory over Hillary Clinton, has led many to question what was next for the project.

It is true that the enthusiasm is there. A Google image search of “Harriet Tubman 20” reveals dozens of imagined designs of the new bill, which would be last in line for a redesign. In Northeast Washington, a D.C.-based artist painted a mural of Harriet Tubman as the portrait of the $20 bill. And mention of Harriet Tubmans as the new face of the currency did permeate the rap culture lexicon as many suspected, creeping its way into the remix of the O.T. Genesis song “Cut It” featuring Kevin Gates and Young Thug.

But the next Administration could easily choose to ignore the pulse of the people. Groups like Women on 20s, which has been adamant about replacing Jackson on the currency, have already expressed concern.

“It would be a slap in the face of women to reverse the decision in our opinion.” Susan Ades Stone, the executive director of Women on 20s told MarketWatch this week. It could, however, be much harder to ignore renderings of the future bills. It is that line of thinking that insiders say has lead Treasury to consider releasing early images.

“For the public we’re all visual people,” a government official who asked to remain anonymous to discuss the process, told TIME. “There are a lot of outstanding questions— If women are going on the back [of the $10 note] how is that going to work? How is that going to look?”

The only problem with that thinking, government officials say, is that it could end up doing more harm than good. “Putting anything out there prematurely, I’m not sure that it gives people clarity,” said an official. “People will take what you put out there and think that that’s final and that’s not necessarily the case. We’re not far enough along in the process where we can unveil or release any type of design element at this point in time.”

Typically, designs are released closer to the actual production of bills to reduce the likelihood of counterfeiting and to lessen any confusion in the marketplace about the U.S. bills. The focus of the redesign process, after all, is a particular bills’ security. Any changes to whom or what is on the bill comes last. There are some images out already. One day after the initial announcement, the Treasury Department posted images on Medium of Secretary Lew meeting with designers and printers, holding a portrait of Harriet Tubman. On the public website for the new bills, there are also multiple images that are said to have inspired the Secretary’s currency plan. Releasing images early could also politicize the process, officials say, possibly giving a new administration even more reason to scrap the plan.

Despite what happens to the aesthetic elements, officials in the Department are still working on the yet-to-be-announced security features of the new bills, starting with the $10 note, which is first in line to be updated.

Officials say that the majority of people who work on that the team in charge of developing security features will still be in place after Trump’s inauguration, meaning the security focus will continue. A change from the top, however, could mean that beyond being pushed to the back of the bill, women could ultimately get pushed off. 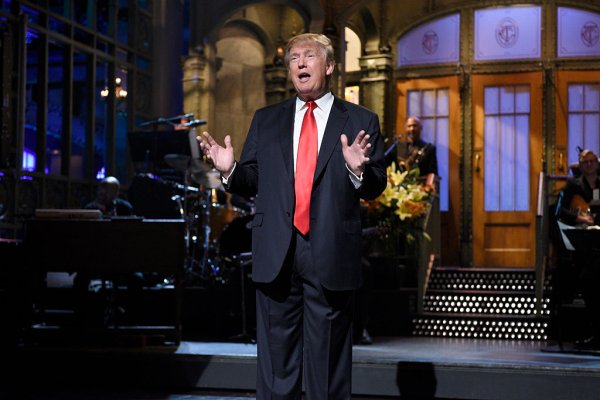