China's 'Walter White' Sold $600,000 Worth of Illegal Drugs Every Month to the U.S. and Europe

A chemistry professor in China has been convicted of exporting $600,000 worth of psychoactive drugs per month to the U.S. and Europe, in a case that has drawn comparisons with the hit AMC television series Breaking Bad.

The scientist, surnamed Zhang, was found guilty Tuesday of selling 32 kg of illegal drugs including the MDMA-like methylone and the so-called “zombie drug” Flakka, which has been linked with a series of savage attacks. Prosecutors suspect that the true quantity produced was at least 10 times that.

Zhang and two accomplices admitted charges of smuggling, selling, transporting and manufacturing illegal drugs, but according to state media argued in mitigation that they did it for research purposes rather than for consumption.

The 46-year-old Zhang majored in chemistry at a top university in Wuhan, the capital of central China’s Hubei province. State media describes him as now an “associate professor” with the same institution.

Zhang reportedly rented an 800-sq-m production plant in a local industrial park and used Western Union and Bitcoin to facilitate his illicit deals. He was first arrested last year after customs found the drugs in a package for export and raided his lab.

“It is impossible to say that I do not regret [selling the drugs] as now I am living in a detention house,” he told Beijing TV last year while awaiting trial.

Zhang has been dubbed China’s real-life Walter White, after the lead character of Breaking Bad, who used his skills as chemistry teacher to manufacture high-quality methamphetamine and ended up a drugs kingpin.

According to a BBC report upon Zhang’s initial arrest, police said he “found while acting as a visiting academic in Australia that some psychoactive drugs were in heavy demand, but hard to find there. He decided to make those drugs when he got back to China for profit.”

Zhang will be sentenced at a later date. 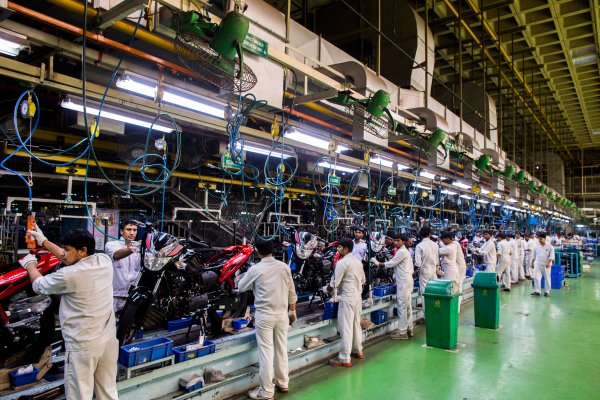 TIME India Awards to Return in 2017
Next Up: Editor's Pick