New Jersey Gov. Chris Christie speaks about his knowledge of a traffic study that snarled traffic at the George Washington Bridge during a news conference on Jan. 9, 2014 at the Statehouse in Trenton, New Jersey.
Jeff Zelevansky—Getty Images
By Melissa Chan

New Jersey Gov. Chris Christie has the lowest approval rating for any governor in any state in more than 20 years, according to a new poll released Tuesday.

Seventy-seven percent of New Jersey voters disapprove of the job Christie is doing, with a majority of those surveyed for the Quinnipiac University Poll saying he is dishonest, lacks strong leadership qualities and does not care about their needs or problems.

“How the mighty have fallen,” Assistant Poll Director Maurice Carroll said in a statement. “The [governor’s] job approval numbers get worse every time anyone looks. This could be a long, final year for Gov. Christie.”

Christie had been embroiled in the so-called Bridgegate scandal that resulted in heavy traffic jams in the state about three years ago and ended with the convictions of two of his former aides.

More than half of voters say Christie’s potential involvement in the scandal should be investigated further, according to the Quinnipiac poll.

The poll was conducted between Nov. 28 and Dec. 4 and interviewed 1,318 New Jersey voters. It has a margin of error of plus or minus 2.7 percentage points. 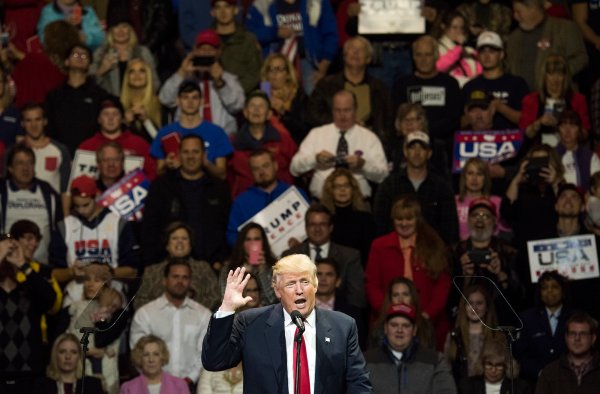 Republican Elector from Texas Refuses to Cast Vote for Donald Trump
Next Up: Editor's Pick