Why Grooming Your Pubic Hair Might Be a Bad Idea

Most Americans have, at one point or another, removed hair from down there. But new research suggests that the grooming practice is linked to a major downside: an increased risk of STIs, or sexually transmitted infections.

In a new study published in the journal Sexually Transmitted Infections, researchers surveyed thousands of Americans about their sexual history, grooming habits and whether or not they’d ever had an STI. More than 7,500 people completed the survey, and grooming proved to be extremely popular; 66% of men and 84% of women said they’d groomed before, through methods like waxing, shaving, trimming and laser hair removal.

Groomers tended to be younger, more sexually active and to have more sexual partners than non-groomers. They were also more likely to report having an STI in their life, including herpes, HPV, syphilis, gonorrhea, chlamydia or HIV. Even after the researchers adjusted factors that were influencing the association, like a person’s age and number of sexual partners, a link remained.

The more people frequently people groomed, the stronger the association. People who groomed daily or weekly were about 3.5 to 4 times more likely to report having an STI history.

The results don’t imply that shaving, waxing or trimming will increase a person’s chances of getting an STI. This kind of cross-sectional study is just a snapshot in time, making it impossible to determine cause and effect or even to tell which came first: the grooming or the infection.

But the observational study, which Osterberg describes as the largest one yet to look at grooming patterns in the U.S., raises some interesting questions about the link. It’s possible that when grooming causes microtears, bacterial and viral STIs are better able to penetrate the skin. Or maybe grooming is a sign that a person is more likely to have risky sex, the authors write. If that’s true, Osterberg says, “if a clinician were to see evidence of grooming upon physical examination, perhaps that physician should inquire about safer sex practices or a sexual history.”

More research is needed to determine what role, if any, hair grooming plays in STIs. “Modern society has dictated our perception of genital normalcy, and what it means to feel attractive or feminine or masculine has changed,” Osterberg says. “This study sheds some light on a potential complication associated with the increasingly common practice of grooming.” 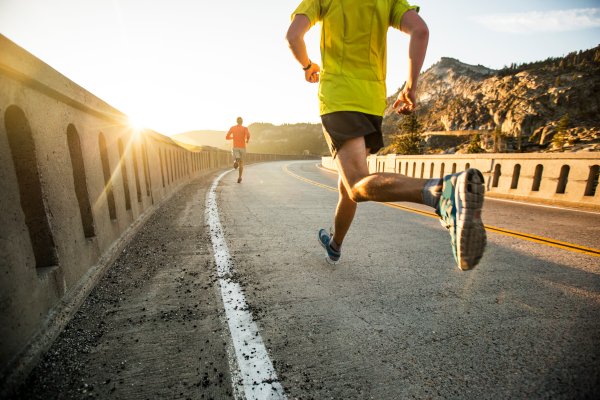 Exercise May Be the Key to Better Sperm
Next Up: Editor's Pick