The loss of musical icon Prince was felt around the world, but perhaps most strongly in his hometown of Minneapolis, Minn. To pay tribute to the revered musician who died this year, one set of fans transformed their entire home into a shrine to the so-called Purple One.

The homage at the annual “Lights on Pascolo” display in the Minneapolis suburb of Chaska, features 10,000 color-changing lights run on 8,500 computer-controlled channels that transform the family home into a dazzling display of fandom. The lights turn purple and flash in a synchronized show set to Prince’s hit, “Purple Rain,” while his occasionally-eponymous symbol flashes over the house.

“Prince’s passing meant so much to our community that we decided to do a short dedication during the intermission of our Christmas light show to honor him,” homeowner Mike Staudt told the Minneapolis Star Tribune. “We’ve received compliments on this part of our show and a few people have even mention it made them teary-eyed.” Grab a tissue and watch the show below. 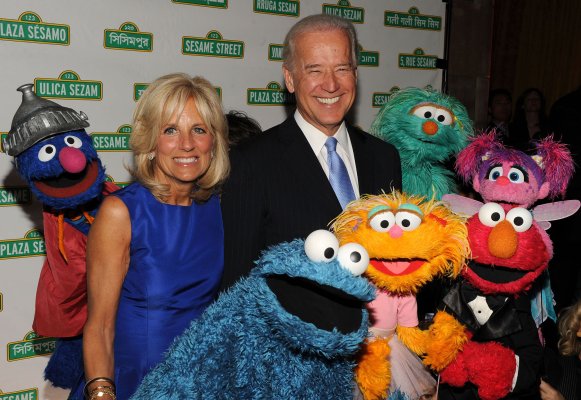 Joe Biden's 10 Most Magical Moments That Made His Job Look Fun
Next Up: Editor's Pick