Trevor Noah says he’s not afraid of Donald Trump, but he is afraid of Trump’s inner circle.

During Monday night’s episode of The Daily Show, the host used his opening monologue to discuss the president-elect’s recent tweets — which included mentions of everything from Saturday Night Live to his controversial phone conversation with Taiwan’s president. “He tweets with the same gravity about Alec Baldwin as he does about a trillion dollar trade war,” he said. “And I understand for many people, this is not normal. It feels like Trump is being too casual with the highest office in the land. It’s not normal, it’s like seeing the Queen in sweatpants.”

However, Noah went on to explain that he takes issue with how Trump’s team members “enable” this behavior, specifically calling out Mike Pence and Kellyanne Conway. “They know what he’s doing, they know when he’s doing something wrong,” he explained. “Here’s my view: a drunk is a drunk, but the person who encourages him to drive? That’s an a—hole. And Trump has a lot of a—holes around him.” 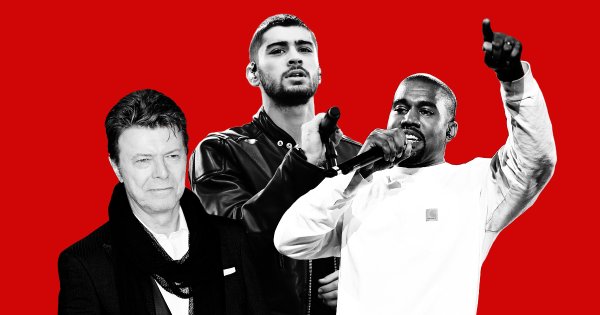 The 9 Biggest Surprises at the 2017 Grammy Nominations
Next Up: Editor's Pick