Voters cast ballots in the presidential election at a polling center in Miami, Florida on Nov. 8, 2016.
Rhona Wise—AFP/Getty Images
By Katie Reilly

Three Florida voters have filed for a presidential election recount in their state—a long-shot effort arguing that Hillary Clinton actually won more votes in the state than Donald Trump.

Their lawsuit was filed Monday in Leon Circuit Court, the Tallahassee Democrat reported. The voters contend that hacking and malfunctioning voting machines led to an incorrect vote tally, citing anecdotal reports of voting problems on Election Day. There has been no credible evidence of hacking or interference. In the suit, plaintiffs requested a hand recount of every paper ballot in the state.

But time is running out before the Electoral College meets to officially elect the president on Dec. 19. Clint Curtis, an attorney representing the three voters, said it’s possible the suit won’t get a response before then.

“They can ignore it entirely,” Curtis told the Democrat of the defendants, who include Trump, Republican Gov. Rick Scott and 29 presidential electors in Florida.

There are currently ongoing recounts in the swing states of Michigan, Wisconsin and Pennsylvania, all of which were initiated by Green Party candidate Jill Stein. 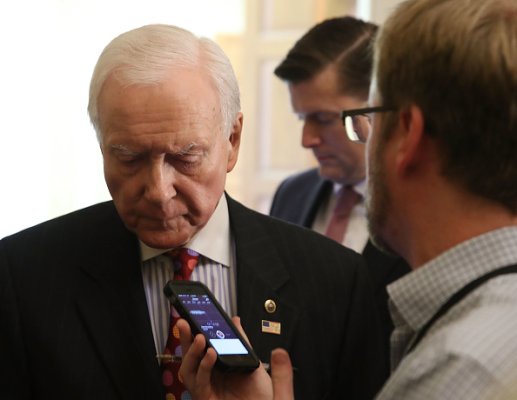 Trump's Tariffs Face Pushback From Republicans
Next Up: Editor's Pick