The late art-rock hero David Bowie might be waiting in the sky, but his namesake — Dr. David Bowie of Christchurch, New Zealand — is still here on earth tending to the sick.

And in an incredible coincidence, Dr. Bowie’s latest patient is none other than real life “Starman” Buzz Aldrin, who was evacuated from the South Pole last week after falling ill, Reuters reports.

The rock star Bowie had a famous affinity for space, appearing in such films as The Man Who Fell to Earth and enjoying such hits as “Loving the Alien” and “Starman.”

On Monday Christina Korp, the former astronaut’s manager, took to Twitter to remark on the serendipity.

In a separate tweet, Korp noted that the U.S. National Science Foundation had confirmed that Aldrin, 86, now holds the record as the oldest person to reach the South Pole. His doctors have advised him to stay in hospital until his lungs clear of fluid.

Neil Armstrong and Aldrin became the first humans to walk on the moon after the Apollo 11 touched down on July 20, 1969.

Less than a fortnight before, singer and actor David Bowie had released the single “Space Oddity.” It charted the journey of fictional astronaut, Major Tom, who slipped the earth’s shackles to journey among the stars.

Bowie died after an 18-month battle with cancer this January. He had just turned 69. 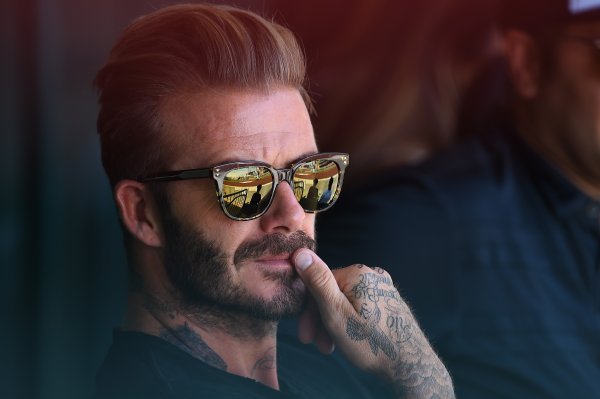