Teen Who Got $31,000 Deposit in Account By Mistake May Be Your Next Hero

Americans love to hate their bank—and not just broke Millennials, who envision a bank-free existence and rate the four biggest banks among the 10 least loved brands in the world. Pretty much everyone can find a reason.

We ding the banks mercilessly in surveys on service. The prevailing view is that once upon a time—say, pre-1980s deregulation—a bank’s sole mission was to serve its customers. Now it seems banks exist only to hide fees and sell complicated loans. “They’ve lost their way,” Anthony Johndrow, partner at the Reputation Institute, told MSN Money. “They’ve completely lost touch with why they exist.”

We have not forgiven the big banks for the financial crisis, even though it may be time. Six years later, 78% of Americans say big banks are to blame for the recession and 66% remain angry about it, according to a consumer banking insights study sponsored by a coalition of community banks and Kasasa.

We vent about bankers’ indifference in blogs like this one, which concludes, “I recommend that if you can, join a credit union and show how much you think of banks.” And this one, which faults banks for chaining down their pens and observes “I trust them with all of my money, and those a——s can’t trust me with their 20-cent pen?”

We hate how much bankers pay themselves and how long it takes them to resolve mistakes. We hate the way they mistreat people in foreclosures and debt collection. We hate that they won’t accept our loose change; you have to pay to have it counted. There is an I Hate Banks Facebook page.

We even believe it’s okay to steal money from a bank. A teller once gave me $10 more than I was due. I gave it back, and when I told a colleague he screamed at me: “You what? You gave it back to the bank? Are you crazy?” He’d have kept it with zero guilt, he told me.

There is also this story about an 18-year-old whose bank account was incorrectly credited with $31,000. The young man promptly spent nearly every penny. The bank naturally found its error, and demanded the money back. But the teen refused, claiming the cash was part of an inheritance from grandma. Gawker called him a “lucky recipient” and for his refusal to cooperate, though it might land him in jail, is considering him for its hero-of-the-year award.

Silly me: I thought lawyers and used-car salesmen had it bad. The good news for banks is that customer satisfaction is on the rise, according to the 2013 Banking Satisfaction Study from J.D. Power. But evidently they have a long way to go. 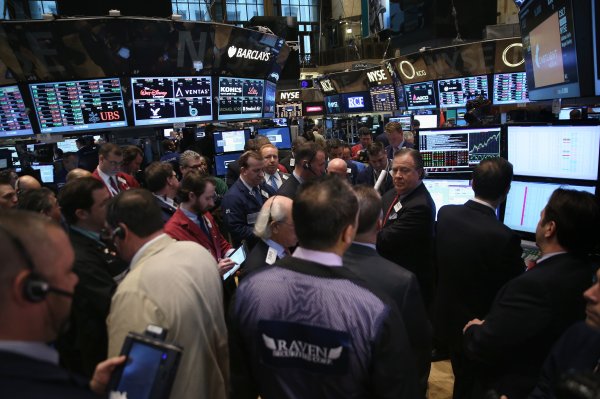 The Stock Market on 'Roids: Everything You Need to Know About High-Frequency Trading
Next Up: Editor's Pick