It was dusk on Monday, Sept. 3, 1827, when the party from South Carolina drew up at the Hermitage, Andrew Jackson’s plantation near Nashville. One of the travelers, a young woman named Julia Ann Conner, left a diary account of her surprise at finding that Jackson, whom she had expected to be a wild backwoodsman with a dictatorial bent that led his opponents to call him an American Bonaparte, was in fact nothing of the sort. He was, she recorded, a “venerable, dignified, fine-looking man, perfectly easy in manner.” The Hermitage was filled with history. A brace of pistols that the Marquis de Lafayette had given to George Washington were on the mantelpiece, a gift to Jackson from the Washington family. “They are preserved with almost sacred veneration,” as was a small pocket spyglass of the first President’s, Conner wrote. And most important, the visitor benefited from her host’s help during a game of chess. An “excellent player,” Jackson “frequently directed my moves—apparently much interested in the fate of the game … there were no traces of the ‘military chieftain’ as he is called!”

This sketch of Jackson the tactician—a player of chess, a game that rewards careful thought and foresight—explains much about his character. He could at times seem reckless, but more often he played the games of politics and war with skill and patience. And Conner was surely right when she observed that Old Hickory was “much interested in the fate of the game”—he was always interested in the fate of the game, or of the battle, or of the vote. She had detected something deep and fundamental about Jackson in her days under his roof: he was more than a frontier politician or a mindless populist rabble rouser. His enemies—and much of posterity—never quite understood that the largest fact about Jackson was not a problem with his “passions” (or temper, in contemporary terms) but his ability, more often than not, to govern them and harness the energies that would have driven other political figures to ruin.

With Donald Trump’s rise to power as America’s 45th President, those in search of an illuminating analogy have frequently cited the example of the seventh. Steve Bannon, now Trump’s senior White House strategist, has made this explicit, arguing that the Trump revolution is akin to Jackson’s populist insurgency in the 1820s and ’30s. There are, of course, surface similarities. Both movements gained popularity based on freeing the country from established, ossified interests with a promise to return the nation to greatness (in Trump’s formulation) or to Jeffersonian republican simplicity (in Jackson’s). Both startled the existing order (the Clintons and the mainstream media in Trump’s case; John Quincy Adams and Henry Clay in Jackson’s). And both had powerful personalities at the head of the ticket.

There is, however, an essential difference, one that will tell us much about the coming years in U.S. life and politics. For all his bombast, Jackson was an experienced public figure—he had served as a judge, a Senator and a general—who understood his weaknesses and took care to compensate for them. He could thunder and storm; he was prone to fits of rage and temper. Yet he was self-aware, and with that came a kind of self-restraint. He was, as his visitor to the Hermitage noted, as at home with a chessboard as he was with charging blindly forward. We simply don’t yet know whether Trump possesses the kind of discipline that Jackson brought to the presidency.

Jackson’s character and worldview reflected a genuine conviction in the ultimate wisdom of the people. He was no opportunist. He came to his populism not as a political device but as a result of his experience. Born at the lower end of white colonial society—he never knew his father, who died before he was born—Jackson had been orphaned during the Revolution yet rose through force of will and a good marriage to the slave-owning planter class. A self-made man, he saw his political mission in stark terms: to remove what he believed to be corrupting influences (the Second Bank of the United States, entrenched federal appointees, monied speculators) so that ordinary Americans—what he called “the planter, the farmer, the mechanic and the laborer”—could rise to prosperity.

Jackson could be woefully wrong. He was an unapologetic defender of slavery and the main architect of Native American removal. (Even before he was President, his many Indian wars destroyed much of tribal culture in a headlong grab for land.) In each of these instances, he was largely a creature of his time and place. This is not to excuse his culpability in the twin American sins of slavery and removal. It is to say, though, that history requires us to judge the figures of the past not by our own moral standards but by those of the ages in which they lived and worked.

Yet the Jackson example also offers us a way of assessing the moral climate and stakes of our own time. If generations past could get things so badly wrong, then we are forever vulnerable as well, and the moral utility of history may well lie in its capacity to remind ourselves that we are always at risk of falling short in the unending search to perfect the Union. That was true in the age of Jackson, and it is surely true in the age of Trump.

For another lesson of Andrew Jackson is that we have only ourselves to blame—or to credit. “Great is the confidence which he has always reposed in the discernment and equity of the American people,” Senator Thomas Hart Benton said in summing up Jackson’s presidency. “I have been accustomed to see him for many years, and under many discouraging trials; but never saw him doubt, for an instant, the ultimate support of the people … He always said the people would stand by those who stand by them.” Such is the covenant of democracies—and the fate of that democracy lies both in the hands of the people and of the President. And now it is President Trump’s move. 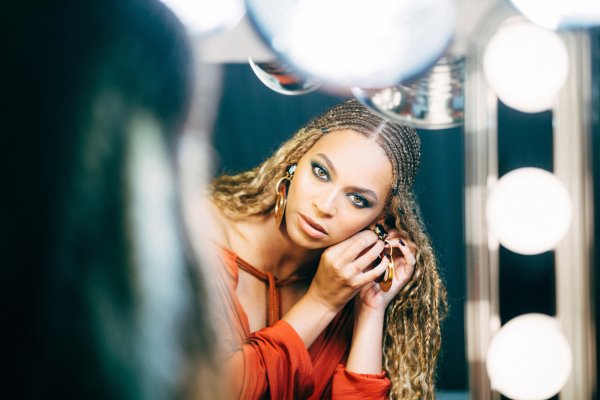 See Behind the Scenes Photos From Beyoncé’s Tour
Next Up: Editor's Pick