President Obama will travel to Tampa on Tuesday to deliver his last major national security speech as Commander-in-Chief. Obama will spend the bulk of the speech defending his military record and approach to counterterrorism over the past eight years, according to White House officials.

The president will speak from MacDill Air Force Base, home of the U.S. Central Command and U.S. Special Operations Command teams.

The Obama administration prides itself on how the White House has handled conflicts abroad. When Obama took office, there were 180,000 troops on the ground in Iraq and Afghanistan. Now, there are 15,000, and leaders of major terrorist organizations like al-Qaeda have been killed by U.S. forces. Yet threats remain in the form of terrorist networks like ISIS, which took credit for an attack on Ohio State University’s campus last week and attacks on cyber networks.

Republicans have been critical of the Obama administration strategy given the ongoing conflict in Syria and the troubling state Iraq is in today. On Tuesday, White House aides say Obama will review the administration’s efforts to defeat ISIS, an approach National Security Advisor for Strategic Communications Ben Rhodes says “represents a break from” the approach that was taken in Iraq and Afghanistan due to the fact that there has been no large deployment of troops though there are military forces throughout the region leading the fight.

White House aides say the speech had been planned since October, before Donald Trump was voted to succeed the president. And yet given Trump’s lack of experience in government positions of power, the speech will be President Obama’s last major opportunity to make public a case for the approach he’d hope his successor would follow. The White House argument is that utilizing partners on the ground in various region “less resources spent, less casualties,” in their view that has strengthened the U.S.’s standing across the globe. Stepping away from “enhanced interrogation techniques,” or torture, in favor of utilizing the justice system, has strengthened us, not harmed us, Rhodes said Monday. “Our greatest strength against terrorism is who we are as a country,” he said. 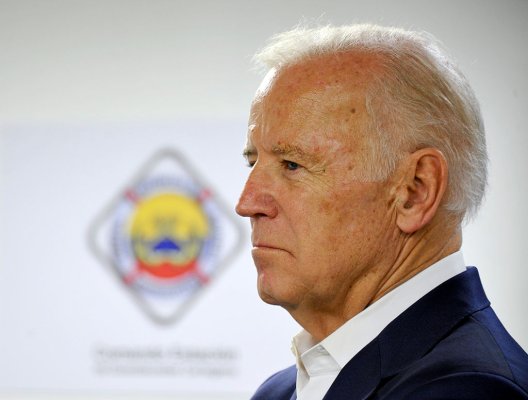 Joe Biden Just Said He Would Run for President in 2020. But He Wouldn't Commit to It
Next Up: Editor's Pick