Drivers in Montreal, Canada had a slippery day following a snowfall.

Cars, two buses, a police car and plow trucks slid down an icy downtown Montreal road and collided with each other on Monday. There were no serious injuries, the CBC reported.

Video footage of the series of collisions showed a bus side into a group of cars, pushing them into the road’s intersection. Another clip revealed a second bus crashing into the first, while a police cruiser was seen skidding backwards on the road. Even snow clearing vehicles didn’t stand a chance—a plow truck spun out while making its way down the street.

Watch the chaos in the video below. 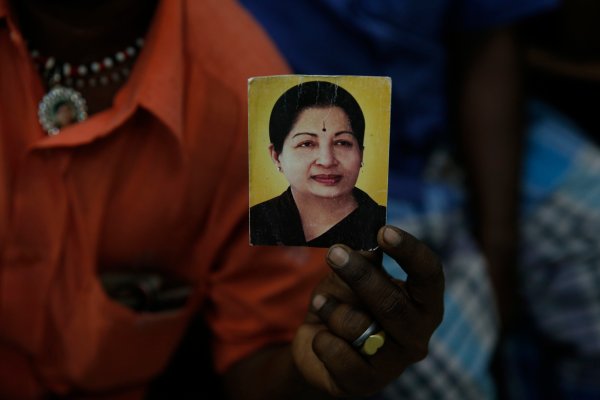 Indian Politician Jayaram Jayalalithaa Dies at 68
Next Up: Editor's Pick