Police arrested a man on Sunday for allegedly threatening an off-duty Muslim New York Police Department officer and her son, and telling her, “I will cut your throat.”

Christopher Nelson, 36, was charged with menacing as a hate crime and aggravated assault in the second degree, CBS reports. Aml Elsokary, the off-duty officer, was parking her car after dropping off her son in Brooklyn on Saturday night, and said she saw a man yell at and push her son when she returned. When the unarmed Elsokary, who wears a hijab, intervened, he allegedly said: “ISIS (expletive), I will cut your throat go back to your country.”

Elsokary did not identify herself as a police officer, the Associated Press reports.

The incident comes amid an uptick of hate crimes and racist incidents since Donald Trump won the 2016 presidential election, according to a report from the Southern Poverty Law Center. New York has seen a recent wave of incidents on the city’s mass transit system. On Monday morning, a uniformed off-duty Muslim woman who works for the Metropolitan Transportation Authority was pushed down the stairs at Grand Central Terminal by a man who reportedly called her a “terrorist,” officials said. She was taken to NYU Langone to treat her injuries.

In a statement regarding the frequency of hate crimes, New York Gov. Andrew Cuomo said the state does “not allow intolerance or fear to divide us because we know diversity is our strength and we are at our best when we stand united.”

Cuomo said he has requested the MTA, State Police and Division of Human Rights to work with local law enforcement to investigate the string of incidents.

“These acts of hate will be pursued and prosecuted to the fullest extent of the law, and those responsible will be held accountable,” he said.

On Twitter, New York Democratic Sen. Kirsten Gillibrand said she was working with faith leaders to call for additional federal funding to protect religious institutions in following the rise of hate crimes. 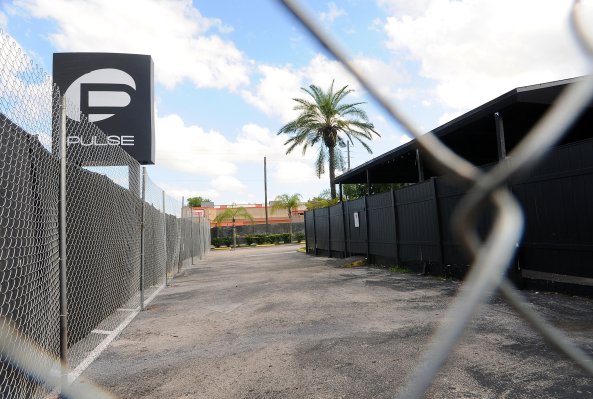 The Owner of the Pulse Nightclub No Longer Wants to Sell It
Next Up: Editor's Pick