The first season of Westworld finished with a literal bang as the black-tie beach party got the end of the world in full swing. Throughout the course of the extended final episode, fans learned that, one: yes, William is indeed the Man in Black. Two: after years of endless loop de loops, Dolores know what’s up. Three: Maeve has the know-how to make it safely onto the train out of that wretched place—if only for a brief sit. But as satisfying as the finale was, the sci-fi series didn’t answer several long-simmering questions, saving some of its most intriguing mysteries for the show’s second season, due in 2018.

As fans continue to ponder theories of consciousness, here are 10 questions Westworld still needs to answer.

But we never actually saw either character die, or reappear in host form. So as we breeze through the local death count in the good old town with the white church, the question remains: are they still out there? What would resemble hope for the human race better than seeing Elsie and Stubbs arguing about stars again?

On another note, will Logan live to shame the human race another day? The last we saw of him, William sent him galloping off in the nude with a brand new maniacal laugh. Did he get slow-roasted to death or did he survive and ultimately lose his position at the family business to William?

2. Can a host ever really leave?
As soon as we saw that mother-daughter guilt-trip duo show up, operation “Free Maeve” was obviously over. Interestingly, the show seemed to draw a parallel between hosts and humans: denial. Ford, the Man in Black and Maeve all fell victim to their own selective vision. Maeve in particular refused to accept that even her exit strategy was pre-programmed, so she broke Bernard’s fancy future iPad.

Had Maeve decided to stay on that train, what would life on the outside have looked like for her? Could she have assimilated into the outside world? As Bernard tries to tell her, she’s been awakened before, but she just can’t quit Westworld. Did she return of her own volition, or was this all a part of Ford’s plan for Maeve to forever be a cog in the Westworld machine, helping keep Instagram full of some over-the-top rich people posts?

3. Where in the world is Westworld?
The show officially answered the “when are we?” (trademark Dolores) question. The “current timeline” was taking place 35 years after Dolores gunned Arnold and the hosts down on Arnold’s command. But where is Westworld located? Bernard notably calls the park the “mainland,” but that could be anywhere. We’ll likely have to wait until 2018 (or an eternity or so) to find out.

4. What did Delos plan to do with the host data?
Charlotte was more smug about her plot to safeguard Ford’s intellectual property than Logan was about his nebulous military title. However, from the look on Lee Sizemore’s face over in cold storage, even though he frequently astounded himself by doing his job, this time he failed. Just like Lee, fans were on a need-to-know basis regarding Operation Peter “the external hard drive” Abernathy—whose whereabouts, it bears mentioning, are currently unknown to viewers. What was Delos getting at with this top secret project? We know it went way beyond running an amusement park for making powerful people feel more powerful. Was it an experiment to record data on human desires? It’s still an untold story for now.

5. What are those new soldiers even doing?
Fans get a sneak peak at a training session for hosts who appear to be shoguns. Felix dismisses our question about these robots with an “it’s complicated,” which is both a very Ford thing to say and the relationship status between Alec Baldwin and Meryl Streep’s characters in the romantic comedy It’s Complicated. So we don’t know much on this front. But they definitely aren’t on-theme for the Old West, so it hints at a different world that Ford would have likely known about. Perhaps they’re churning out more hosts with which to harm humans in a more violent story, or training to become money-making weapons of mass destruction with amusing bar stories.

In the 1973 film, there were only two additional worlds aside from the Old West (medieval times and Ancient Rome). The likeliest answer is that we’re seeing a prep stage for hosts who will star in a park that covers Ancient Japan. Why the violence is seemingly more advanced is an even more pressing question.

6. How much does Delos actually know?
For his new narrative, “Journey Into Night,” Ford sets Dolores up to die in Teddy’s arms, beachside, for the viewing pleasure of a group of VIPs. Assuming that Maeve’s “escape” storyline was also a part of this new narrative, did the special guests at the death-themed party also get a glimpse at her plotting? Presumably, they didn’t get to see the behind-the-scenes action, because that would have been tough to orchestrate. It also seems very meta for investors, and it’s unclear how much they know about the inner workings of the park.

7. Who’s in charge now?
Ford has likely shuffled off his mortal loop forever, but he has now spun a new infinity war loop. The show hinted several times that Arnold had planted some robot rebellion seeds, but it turns out he just wanted to kill the entire project that was Westworld. As Ford waxes rhapsodic about how he realized he goofed when he led his partner to off himself, was he making Bernard the new Ford? Or will Maeve make the hosts her subjects? Will the new rulers mine Peter for the codes that make the whole world spin? If hosts can’t resurrect themselves, then hosts can’t run things forever atop the Man in Black’s bones turned to sand. Not only is Ford seemingly dead, but we have reason to believe that other powerful players (like the Man in Black and Charlotte) also perished in the robot mutiny.

8. Which hosts are “alive”?
The show absolutely implies that Armistice and Hector, Maeve’s gun-toting recruits, are toast. But if a broken arm can’t stop the Man in Black from being the least fun guest at the formal affair, surely Armistice the host can “survive.” If they did “perish,” though, they could always be resurrected for another season.

9. Does Clem successfully kill the Man in Black?
She appears to shoot him, suggesting that his ego was the key to his downfall, which would be superb closure. But he’s survived gunshots from hosts before, so it’s unclear how much grief-accelerated host humanity, loop-breaking consciousness or orders from Ford it would take to make Clem’s (or any host’s) bullets lethal for a guest. (We’ve seen Dustin and Theresa go down in the lab before, but a as far as we know, a guest has yet to die before our eyes in the park.)

10. What’s in store for little Ford?
Ford explains that he’s come to terms with the robot rights consciousness business that Arnold saw decades before he did. So he’s taken himself out of the equation to execute his vision. Where’s his mini-me though? Is the kid primed to help the hosts get free? Does he harbor a wee version of adult Ford’s God complex? Is he reading literature yet? Without Ford, who will serve up the fancy monologues now? 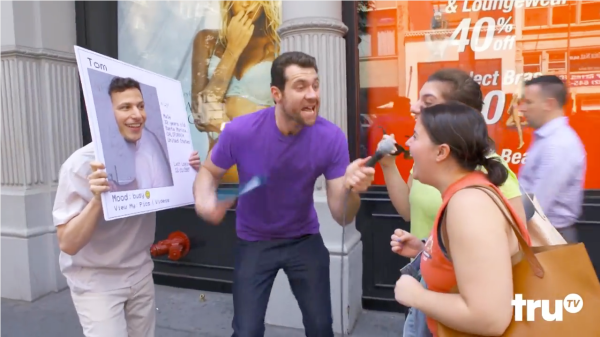