Robert Redford: Solar Power Must Continue to Be Affordable

Ideas
By Robert Redford
Redford is an actor, a director, a trustee of the Natural Resources Defense Council and co-founder of The Redford Center.

There are not many things the vast majority of Americans agree on. The election certainly reminded us of this fact. In an increasingly divided country, it is becoming harder and harder to find common ground, particularly surrounding the issues of energy development and climate change.

One of the few issues with strong bipartisan support is, surprisingly, solar power. A recent poll found nearly nine in 10 Americans support the expansion of solar power. Among all the energy sources, it has the highest favorability rating. That’s for good reason.

I have been engaged on the issue of climate change for over 40 years and have been a long-time proponent of solar power. In 1975, I produced a short called The Solar Film that explored the benefits of harnessing energy from the sun. I was too early then, but I firmly believe the moment to build a clean and affordable energy economy has finally arrived.

Since then, I’ve been encouraged to see policies and agreements promoting renewable energy adopted at state, national and global levels. Though the incoming administration is unlikely to allow this clean energy revolution to grow unimpeded, I am still optimistic that the solar energy industry will continue to progress.

Despite near-universal support, the solar energy industry continues to face unnecessary obstacles to widespread adoption. In particular, Americans who power their homes with solar energy have unwittingly become targets of utility companies.

Residential solar providers and utilities share an awkward handshake. Solar companies need customers to be tethered to the grid, yet their products reduce electricity usage, and that chips away at utility profits.

Major solar companies left the state, many others had to close their doors and thousands lost their jobs. Suddenly, there was a 99 percent reduction in solar applications. It is nothing short of tragic, and in one of our sunniest states no less.

In Utah, my home for over 40 years, a similar battle is playing out now as the utility, Rocky Mountain Power, is proposing to quickly and dramatically increase rates for rooftop solar customers. For the average customer, the proposal could add nearly $15,000 of additional costs over the life of their rooftop solar system, virtually erasing any economic benefit they might derive from their investment. If we let these increases go into effect, some predict the residential solar industry in the state will be decimated and Utah, one of the sunniest states in the nation, will become one of the least solar friendly states. Many of us are worried solar jobs in Utah could be lost at even more dramatic rates than Nevada.

We can’t afford to repeat the mistakes of the past and punish citizens who simply want to save money and help the environment at the same time. For solar to become a mass-market energy source, it must remain affordable for Americans.

I urge regulators, consumer advocates and policymakers to work together to achieve a compromise that will allow solar companies to coexist with utilities, rather than compete with them. Please join our efforts by emailing the Public Service Commission and telling them to save residential solar in Utah or add your signature to Save Utah Solar MoveOn.org petition.

Time is running out. Our window of opportunity is narrow. I believe there are true limits to the resources of our planet, but there is no limit to the human imagination and our capacity to solve the biggest challenges of our time.

Redford is an actor, director and environmental advocate. He founded the Sundance Institute and co-founded The Redford Center with his son, Jamie Redford. 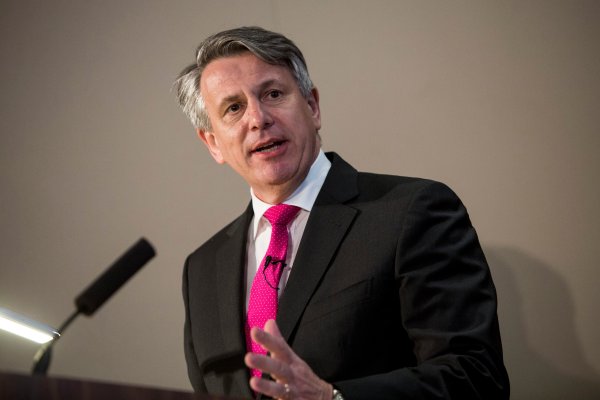 We Must Harness the Power of Carbon Capture
Next Up: Editor's Pick