U.S. first lady Michelle Obama (L) and Oprah Winfrey (R) participate in a conversation on "Trailblazing the Path for the Next Generation of Women" during the White House Summit on the United State Of Women June 14, 2016 in Washington, DC. Alex Wong—Getty Images
Alex Wong—Getty Images
By Maya Rhodan

First Lady Michelle Obama will sit down with Oprah Winfrey for her final interview at the White House during an hour-long special set to air on the media mogul’s network and CBS.

Entertainment Weekly reports the two will discuss the past eight years of the Obama presidency along with Michelle Obama’s legacy and her future plans during First Lady Michelle Obama Says Farewell to the White House — An Oprah Winfrey Special.

There’s been much speculation about what the First Lady will do after the Obama family moves out of 1600 Pennsylvania Ave. Given youngest daughter Sasha’s age, the family plans to stay in D.C. until she graduates from high school. Both the President and First Lady have indicated they wish to continue working on initiatives they focused on while in office, including efforts to help expand girls’ education and the president’s My Brother’s Keeper initiative, aimed at helping young men of color reach their full potential.

Winfrey, who has been a longtime supporter of the Obamas, will likely narrow in on some of the First Lady’s specific plans. The two spoke at length during a White House led United State of Women Summit over the summer. 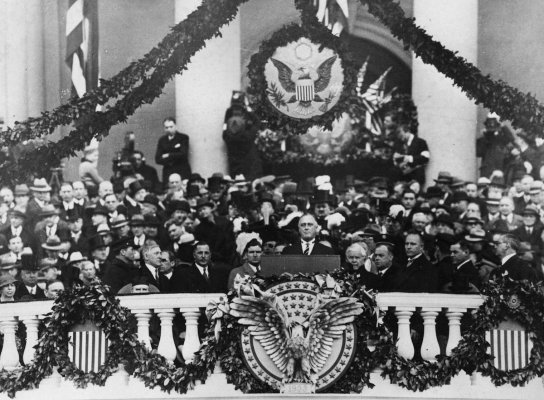 Franklin Roosevelt's Bumpy Road to the Oval Office
Next Up: Editor's Pick