Supporters of the protests against the Dakota Access Pipeline celebrated the Obama administration’s decision Sunday not to approve a key permit allowing the pipeline’s builder to complete the project. The decision undoubtedly represents a significant victory for those gathered in North Dakota by the Standing Rock Indian Reservation, but the long struggle to block the pipeline remains far from over. The federal government did not definitively reject the path crossing the Missouri and instead chose to spend time—perhaps months or years—on further review, which will ultimately leave the final decision to the incoming Trump administration.

“This is a victory for organizing, and it doesn’t stop now,” says Dallas Goldtooth of the Indigenous Environmental Network. “More threats are likely in the year to come, and we cannot stop until this pipeline is completely and utterly defeated.”

At the heart of the protests and the recent decision is the pipeline’s crossing under the Missouri River, less than a mile from the Standing Rock Indian Reservation. A permit approval to cross the river in that location is the only permit that remains outstanding for the project. The tribe has argued that the crossing threatens their primary source of drinking water and crosses over ancestral lands. Importantly, tribal leaders have said the government had not taken their views into account in the permit approval process as required by law.

The decision on Sunday from the Obama administration—formally from the Department of the Army, which is responsible for ensuring the crossing complies with federal law—was intended to rectify the tribe’s concerns. The Army called for a full Environmental Impact Statement to evaluate the current route, as well as alternatives. That process, which can take years, requires scientific analysis and an opportunity for public comment and criticism. Technically, federal officials could still approve the project’s proposed river crossing, but the decision to call for further review suggests at the very least a good deal of skepticism that the pipeline—which is more than 90% completed—will be finished along this route.

“Although we have had continuing discussion and exchanges of new information with the Standing Rock Sioux and Dakota Access, it’s clear that there’s more work to do,” said the Army’s Assistant Secretary for Civil Works Jo-Ellen Darcy in a statement. “The best way to complete that work responsibly and expeditiously is to explore alternate routes for the pipeline crossing.”

Energy Transfer Partners, the company behind the pipeline, has said repeatedly that it will not accept an alternate route. The pipeline has a total cost of nearly $4 billion. Luckily for the company, President-elect Trump will have an opportunity to reevaluate the permit process once he takes office. Trump—who owns a stake in at least one company invested in the project—has indicated that he supports the pipeline to promote “policies that benefit all Americans.”

Read More: These Kids Are Suing the Federal Government to Demand Climate Action. They Just Won an Important Victory

Still, expediting approval may not be as simple as a stroke of the pen. Once made, reversing a regulatory decision often entails a thorough and time-consuming process. Both supporters and opponents of the pipeline acknowledge that the process is not exactly clear on how a new president can undo the Obama administration’s decision. “That’s the $50,000 question,” says Craig Stevens of the Midwest Alliance for Infrastructure Now, a business and trade group that supports the pipeline. “They’re going to take a look at it when they get into office.”

“It’s pretty clear that they’re not going to get this done without a fight,” says Jan Hasselman, a lawyer with the environmental group Earthjustice who has represented the Standing Rock Sioux. “The whole world is watching.” 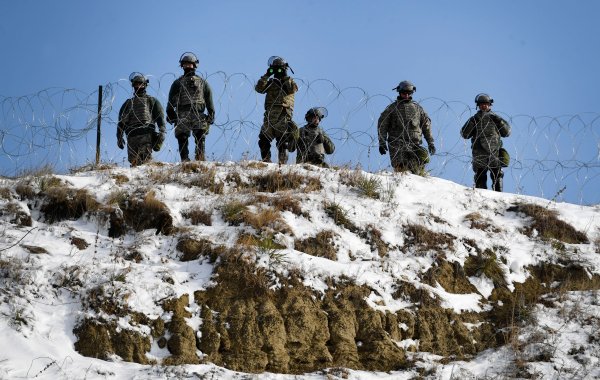 U.S. Army Bows to Activists in Dakota Pipeline Fight
Next Up: Editor's Pick