The viral Twitter account of seven-year-old Syrian girl, Bana Alabed, disappeared from the social media site on Sunday with no explanation, prompting concern from her followers.

A day after her account was deleted, the BBC reports that they have learned that Alabed is safe. According to CNN, the last message Alabed shared on her account, which was written by her mother Fatemah, said: “We are sure the army is capturing us now. We will see each other another day dear world. Bye.- Fatemah #Aleppo.”

The girl’s twitter followers have since voiced their concern, with one claiming that they went offline for “privacy reasons”:

Alabed’s account went viral in September for its descriptions of the horrors of daily life in the war-town city of Aleppo. J.K. Rowling, who is among the thousands that took notice, sent the girl a digital copy of Harry Potter.

Last week the Alabeds’ accounts of the city took on a more desperate tone as the Syrian regime made inroads into Aleppo. In a Nov. 27 tweet, Alabed’s account said her family home had been bombed. 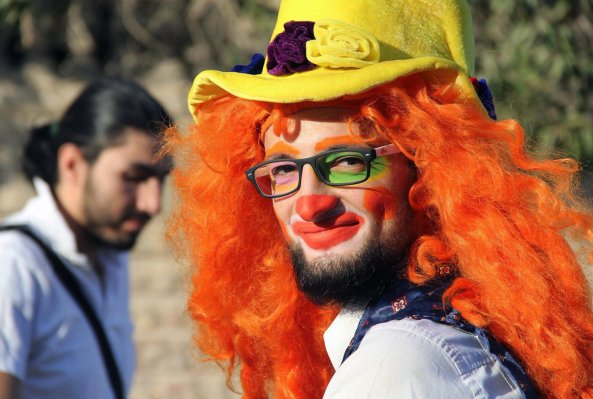 Clown Who Cheered up Children in Aleppo Killed in Missile Strike
Next Up: Editor's Pick