If you only read one thing: The world is getting a taste of how Donald Trump will lead the free world. In phone conversations with global leaders, the president-elect has been taking his spontaneous and casual style overseas. Shaking up the staid protocol of international diplomacy, Trump has taken flattery and hyperbole to new heights. Already his calls are ruffling feathers overseas—and that’s the optimistic view. India is frustrated by his tone toward Pakistan. Human rights groups are calling foul over his praise for Philippines President Rodrigo Duterte, whom Trump invited to the White House. And China is protesting is call to the leadership of Taiwan, breaking with decades of U.S. “one-China” policy. Aides say in each case Trump was just accepting congratulations, but even without intending to, Trump is reshaping the way America is viewed overseas even before he takes office.

Trump is still making progress filling out his Cabinet, having selected a Secretary of Defense and a Secretary of Housing and Urban Development (Ben Carson) just this morning. But his search for a Secretary of State is proving to be a particular challenge, as the president-elect struggles with the question of how he wants to present his administration to the world. The choices range from respected insiders like Bob Corker and Mitt Romney, to shake-it-up candidates like former New York City Mayor Rudy Giuliani. He’s even considering the CEO of Exxon Mobil for the post.

The Obama Administration blocked the controversial Dakota Access Pipeline, but it may only be temporary as Trump has stated he’s in favor of its construction. David Petraeus goes on an apology tour. And Mike Pence’s power play.

Donald Trump Angers China With Historic Phone Call to Taiwan’s President
Trump went where no U.S. commander-in-chief had gone since diplomatic relations were restored with China in 1979 [TIME]

Democrats to Give Trump Cabinet Picks the Garland Treatment
Delay tactics could sap momentum from the president’s first 100 days. ‘What goes around comes around,’ one lawmaker says. [Politico]

U.S. Army Blocks Drilling of Dakota Access Oil Pipeline
Victory for protestors, but it may be fleeting [New York Times]

“Five years ago, I made a serious mistake. I acknowledged it. I apologized for it. I paid a very heavy price for it and I’ve learned from it.” — Ret. Gen David Petreaus, under consideration to be Trump’s Secretary of State, taking a public apology tour as he seeks to boost his chances

“Well, we’ll deal with policy after January the 20th. This was a courtesy call. And plus, I have to tell you, George, it’s — it’s a little mystifying to me that President Obama can — can reach out to a murdering dictator in — in Cuba in the last year and be hailed as a hero for doing it and President-elect Donald Trump takes a courtesy call from a democratically elected leader in Taiwan and it’s become — it’s become something of a controversy, because I think the American people appreciate the fact that — that our president-elect is taking calls from and reaching out to the world and preparing on day one to lead America on the world stage.” — VP-elect Mike Pence on Trump’s call with Taiwan

The Plum Book is here, for those angling for jobs in Trump’s Washington [Washington Post] 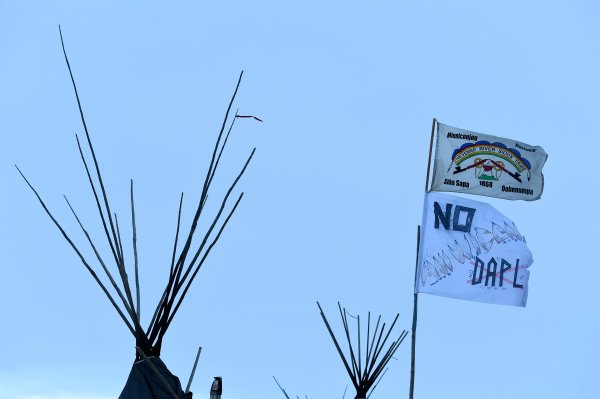