More than 100 musicians signed a letter addressed to President Barack Obama this week, calling for action to support protesters and stop the construction of the Dakota Access Pipeline.

Activists have been protesting the 1,200-mile project for months, arguing that it threatens the water source of the Standing Rock Sioux tribe and violated federal law by not adequately considering the tribe’s input. In recent clashes, police officers have used tear gas, water cannons and rubber bullets to disperse protesters.

In the open letter, musicians voiced support for protesters, saying they were “deeply disturbed” by police actions and calling on the White House to step in.

“We encourage you to remember that this planet provides for us, not the other way around. Water is life and this cannot be underestimated or taken for granted in 2016,” Nash wrote in the letter, published by VICE music site Noisey.

“We are aware of the long and painful history between the US and its indigenous people. Know that the world’s eyes and the eyes of the music community are on you now as you continue to disregard the treaties you have with the Native American people and act barbarically towards them.” 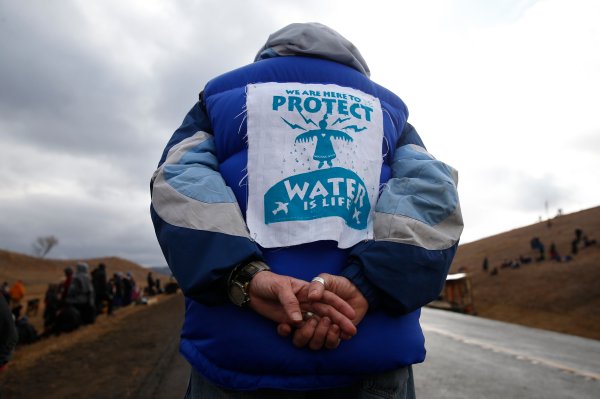 What the Dakota Access Pipeline Means for the Future of Pipeline Activism
Next Up: Editor's Pick