Life is understandably scary now for Sherri Papini, the California mom who in early November, mysteriously vanished for 22 days after she left her home for a routine jog before appearing Thanksgiving morning on the side of a road chained, beaten and branded.

“When lights are off, when doors shut, when she hears certain sounds, I mean it’s something that I don’t know how to deal with, and we’ll need somebody who can help her through that from a professional standpoint,” her husband, Keith, said in an interview with 20/20‘s Matt Gutman that aired Friday night.

Sherri, Keith, and their children Tyler, 4, and Violet, 2, now live in a secret location to safeguard Sherri’s privacy and to promote her healing, according to the show.

Police are searching for two Hispanic women, armed with a handgun and driving a dark SUV, according to Shasta County Sheriff Tom Bosenko.

It makes sense to Keith that Sherri’s kidnappers are female. “If a vehicle pulled up with big dudes in it, would you approach that vehicle?” Keith shared.

On Nov. 2, Sherri’s abductors drove her two-and-a-half hours. She would never see her captors. “Their faces were always covered,’” Keith said. “And guns were involved.”

“She literally lived through hell,” Keith described to 20/20. While captive, “she told me she took a piece of cloth and rolled it up like it was Violet and she rocked it. She was so strong.”

Sherri’s absence was painfully felt by Tyler. One day, Keith said he found Tyler standing in front of Sherri’s picture.

Thanksgiving morning, after Sherri was found on a roadside 150 miles south of their Redding home, Keith was reunited with his wife. It was at a hospital that was on lockdown.

“I throw open the curtain and she was there,” he said to 20/20. “Her poor face and I hugged her and held her. I felt like I hugged her for 20 minutes. I got nauseated seeing her like that.”

“The bruises were intense, the bumps from getting hit, kicked, these were hard to look at,” he said.

Keith had previously revealed in a statement to PEOPLE that Sherri’s nose had been broken, she was covered in bruises, and had been branded.

Gutman asked Keith if they branded her face. “No,” Keith replied, “It’s not on her face.”

“It made me sick that there is people out there that could do something like this,” he said. “I just wanted to hold her and we embraced each other and cried together and I was so happy. You’re upset but you’re happy.”

The idea of Sherri’s abductors still on the loose is “terrifying,” Keith said. “But my family is with me now. Right now I am happy my wife is back. I don’t have to raise my kids without her.”

And they are ecstatic to have their mom home. When Tyler was reunited with Sherri, she started crying.

Keith recalled: “Tyler then said to Sherri, ‘You don’t cry when you’re happy’ and my wife said ‘When you’re this happy you cry.’” 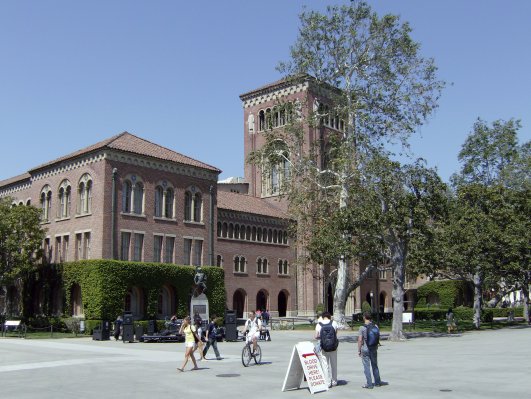 USC Professor Fatally Stabbed by Student
Next Up: Editor's Pick