A University of Southern California student was arrested Friday, accused of stabbing a psychology professor to death on campus, officials said.

Bosco Tjan, who began teaching at the university in 2001, was killed in the Seeley G. Mudd building in what authorities said was a personal dispute, the Associated Press reported.

Police received a call reporting a victim with multiple stab wounds around 4:30 p.m. Friday, the Los Angeles Times reported. The suspect, a man in his 20s, was arrested at the scene of the attack, but his name has not yet been released.

“We want to make clear this was not a random act,” Los Angeles Police Department Det. Meghan Aguilar said, according to the Times. “This victim was targeted by the suspect.”

Tjan, who was 50, was a married father to one son, according to public records cited by the AP.

“As the Trojan family mourns professor Tjan’s untimely passing, we will keep his family in our thoughts,” USC President C.L. Max Nikias wrote in a letter to the community. 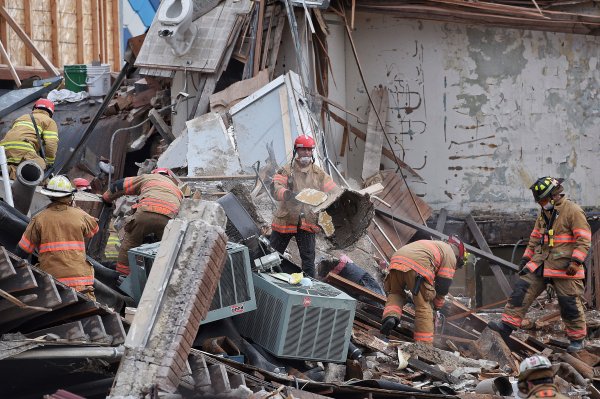 Woman and Her Dog Saved From Rubble After South Dakota Building Collapse
Next Up: Editor's Pick