A woman and her dog were pulled from the rubble Friday afternoon after a building collapsed in Sioux Falls, South Dakota.

“She’s alive and well, does have some injuries to her legs. We don’t know the extent of that at this time,” said Regan Smith, emergency manager for the city of Sioux Falls, NBC affiliate KARE 11 reports. The 22-year-old, who had been talking to her mother on the phone while she was trapped, was transported to a local hospital for treatment. The building collapse was reported at about 10:30 am.

Sioux Falls Fire Rescue also posted a tweet of them rescuing what KARE 11 reports is the woman’s dog:

But there may be another person trapped inside the fallen building. KARE 11 reports that Jim Sideras, Sioux Falls Fire Rescue chief, said that at least two people were trapped, and Argus Leader reports that one of them was a construction worker who was earlier making pounding noises that have since stopped. 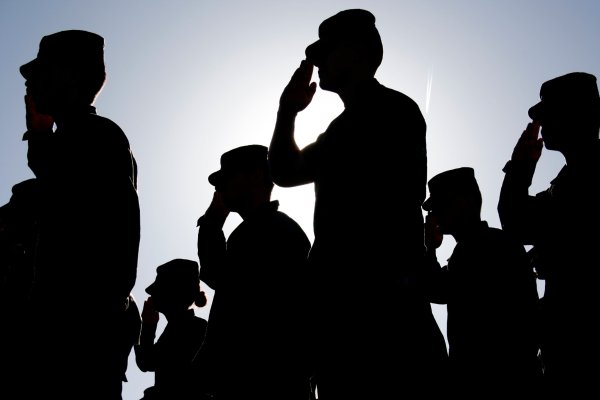 Hundreds of United States Armories Are Contaminated With Lead: Report
Next Up: Editor's Pick