Chinese President Xi Jinping await delegates to the G20 Summit at the Hangzhou International Expo Center on September 4, 2016 in Hangzhou, China.
Lintao Zhang—Getty Images
Ideas
By Isaac Stone Fish
Stone Fish is a journalist and a senior fellow at the Asia Society’s Center on U.S.-China Relations; he is on sabbatical from Foreign Policy magazine.

The erosion of democracies strengthens dictatorships. And President-elect Donald Trump continues to weaken people’s belief in the integrity of the American political system and his own competence in international relations. He has cast doubt upon the election that he won, baselessly claiming “serious voter fraud” and that millions of people “voted illegally.” His overwrought praise of Pakistan’s Prime Minister is both a blunder and a potential provocation of India, while his compliments of Rodrigo Duterte appear to approve of the Philippines President’s state killings of thousands. He also spoke on the phone with Taiwan’s president, breaking the diplomatic silence between American presidents and the nation since 1979, a seemingly impulsive act that could upend decades of carefully formulated policy. All of this has a surprising side effect: the Chinese political system suddenly appears more rational and welcoming by contrast.

Consider, for example, Beijing’s belief in climate change. In response to Trump’s widely circulated (and never repudiated by him) 2012 tweet calling global warming a lie invented by Chinese companies “in order to make U.S. manufacturing non-competitive,” China’s Vice Foreign Minister Liu Zhenmin reminded his audience at United Nations talks on Nov. 16 that climate change is not a hoax.

Or take global trade: At a Nov. 19 meeting of the important APEC regional body, China’s President Xi Jinping said that China “will not shut its door to the outside world but open more”—a dig at the upcoming Trump administration’s nascent isolationism. Reuters reported China’s delegates at the conference said they “would take the lead on trade if the United States turned towards protectionism.” And at the same meeting, Xi also encouraged Latin American countries to join One Belt, One Road, a Chinese regional trade initiative that, since the election of Trump, has real potential to go global. “We like the U.S. being in the region,” New Zealand Prime Minister John Kay said recently. “But if the U.S. is not there, that void needs to be filled, and it will be filled by China.” Kay was talking about the Asia Pacific. But his statement is true for the entire world.

The effects of China’s growing influence are many. Expanding its trade footprint—and being in the position to dictate the terms of trade agreements—garners clear economic benefits for Beijing. And it helps Beijing reward friendly countries, and punish those who contravene its interests. But the most important benefit, at least to the ruling Chinese Communist Party, is political: Beijing’s growing clout helps legitimize the Party domestically.

This matters because in an authoritarian system, legitimacy facilitates governance. The more Beijing feels its people support the Party, the more it can focus on issues like economic reform—and the less it has to worry about managing, say, any of the thousands of small-scale protests that erupt across China every year. Moreover, the Party’s rule is not inevitable. If Xi—who, beyond the presidency, holds the more important titles of general secretary for the Communist Party and chairman of the Central Military Commission, which controls the party’s People’s Liberation Army—fails to ensure the Communist Party’s legitimacy to rule his continent-sized polity, the Party could splinter, or be overthrown.

The election of Trump legitimizes the Party in three main ways. First, his disinclination to criticize the country’s human rights record benefits Beijing tremendously, by weakening the implicit criticism U.S. presidents have been making about China for decades: that the Party fails to protect its citizens.

Second, growing international legitimacy can translate to pride among Chinese for their government and ruling party (as long as too much grumbling about the Party overlooking domestic problems does not accompany this feeling).

Third, and, most perniciously, Trump’s election proves what some of Beijing’s propaganda organs have been writing about American democracy for years: that it could produce a smooth-talking demagogue who doesn’t represent the best interests of its people, and that the system itself is worryingly fallible. For some Chinese liberals, the political system of America—the modern era’s most successful superpower—represents the alternative to China’s one-party rule. The reduction in American soft power following the election of Trump makes China’s political system appear more attractive by comparison.

That’s not to say that Trump was the preferred choice among Chinese political elite: several Chinese officials told me that they grudgingly preferred Hillary Clinton, because, although she was “tough on China,” she was a known quantity who would ensure a more predictable Sino-U.S. relationship. And some Chinese liberals I’ve interviewed recently see Trump’s victory as an example that—despite what Trump says—the American system works.

Still, Trump’s election and his comments as President-elect are weakening America’s image as a powerful democracy willing to maintain the post-Cold War liberal international order. And this is a change the Party will exploit—to strengthen its grip on power at home. 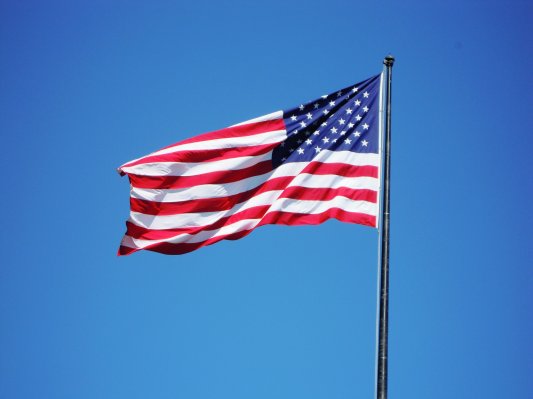 Burning Flags, Screaming 'Trump' and Our First Amendment
Next Up: Editor's Pick