Move over, Warriors. The original super team (or rather super villains), Space Jam’s Monstars, are back and badder than ever in Foot Locker’s latest commercial for Jordan brand.

In the clip, a young basketball team faces the notorious Monstars, who are dominating basketball courts once again. Luckily, the youngsters conveniently find a Foot Locker across the street, where Bugs Bunny supplies them with the gear to eventually defeat the Monstars — although a lot of that might also have to do with the fact that a Toon Squad jersey-clad Blake Griffin shows up to help the kids on the court and swap witticisms with Bugs.

Jimmy Butler also makes a nice cameo as the tale’s narrator, but Griffin’s comic performance in the brief makes a strong case for the Clippers player to be the star of the long-rumored Space Jam sequel. Although LeBron James is the rumored favorite to take over the franchise, the original star of Space Jam, Michael Jordan, has gone on record saying that he thinks Griffin would be a fitting successor.

Consider this Griffin’s official bid for the sequel and watch the full clip below. 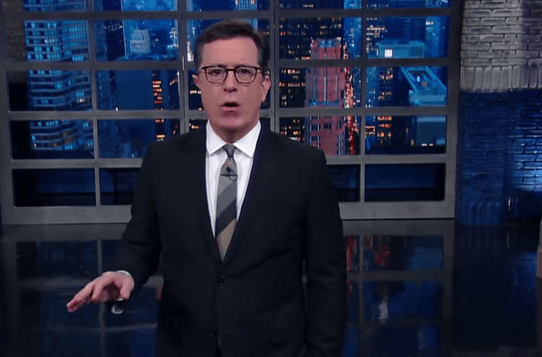 Stephen Colbert Says Watch Out, Donald Trump Is About to Get Mass-Texting Abilities
Next Up: Editor's Pick