Lauren Graham may be, as Stephen Colbert described her, a “Golden Globe-nominated actress and author known for her roles on Gilmore Girls, Parenthood and Gilmore Girls,” but when she stopped by The Late Show on Thursday night, she played an entirely new role—myth-buster.

Not only did Graham admit that the idyllic and quirky town of Stars Hollow is located “halfway between New Haven and our imagination” (meaning that you can’t actually move there), but she also debunked a major rumor circling the internet about Rory and Lorelai Gilmores’ coffee cups.

Some fans seem to believe that the coffee-chugging Rory (Alexis Bledel) and Lorelai (Graham) were toting empty cups around the Gilmore Girls: A Year in the Life set and have been commenting about it online. Graham set the record straight, because it’s a pet peeve of hers: “There is always coffee in my cup,” she said. “That sounds like a metaphor,” Colbert replied with a laugh.

Now that the coffee cup situation is settled, Graham would like you to watch Gilmore Girls, as long as it’s “on something bigger than a Pop-Tart.” 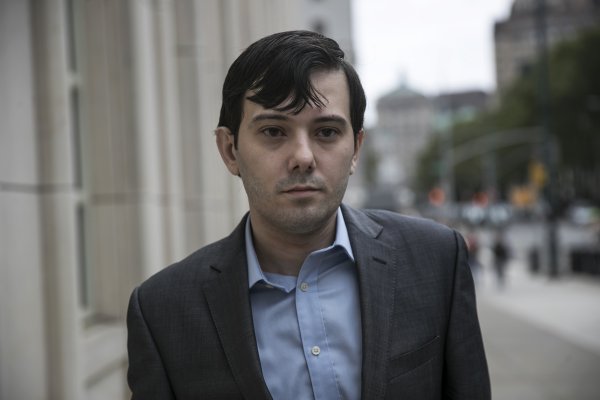 Martin Shkreli Responds to the Kids Who Recreated His Drug
Next Up: Editor's Pick