For some Clinton supporters, the loss of the election has been hard to cope with. But as people joke about leaving the country or retreating to the woods to track down HRC, Chelsea Handler said she’s motivated to use her platform to effect change.

The Chelsea host initially wanted to flee — “I walked into work [November 9th], I just thought, ‘I do have a house in Spain. I can go wherever the hell I want! I don’t ever have to work again,’ ” Handler told PEOPLE in this week’s issue. But her coworkers wouldn’t let that happen: “Everyone in my office was like, ‘No, we need you to do a show today. We need you.’ ”

“I do have an audience, I know how many people watch my show, I want them to know that I’m on their side and I’m not going to ever give up,” Handler said. “Not just men and women, but women and women have to stick together. If this has shown us anything, it’s that the worst thing or the most unthinkable can happen and we have to stand up. We’ve really just got to figure out a way to make sure [Trump is] accountable for everything he does and says.”

“The good message is, we’re going to fight even harder,” Handler concluded.

The talk-show host is certainly not alone. Celebrities like Jennifer Lawrence have already come forward to call people to action after the election.

Read the full interview at PEOPLE.com 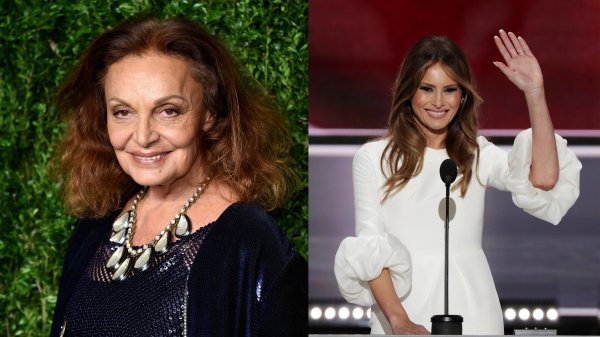 Diane von Furstenberg Weighs in on Dressing Melania Trump
Next Up: Editor's Pick