Adama Barrow, the flag-bearer of the coalition of the seven opposition political parties in Gambia, greets supporters during a gathering in the buffer Zone district of Talinding on November 29, 2016 on the last day of the presidential campaign in Gambia.
Marco Longari—AFP/Getty Images
By Tara John

Gambia’s President Yahya Jammeh, who seized power in a 1994 coup, is to concede defeat to real-estate businessman Adama Barrow, in a historic election that was marred with reports of threats and arbitrary arrests by the dictator’s administration.

Gambia‘s electoral commission announced on Friday that the dictator was to concede defeat after Barrow was found to have around 44% of the vote against Jammeh’s 40%, Reuters reports.

Barrow had seven opposition parties unite behind his presidential-run. The 51-year-old— who once worked as a security guard in London while he completed his studies— is against the lack of a two-term limit on the presidency, promotes an independent judiciary, freedom for civil society and the media, the BBC reports.

The shocking results from Gambians seeking out change comes after a total blackout of the internet and international calls, as well as the sealing of the land borders in the West African country.

Gambia has not seen a smooth transfer of power since its independence in 1965 and Jammeh has been in power for 22 years. 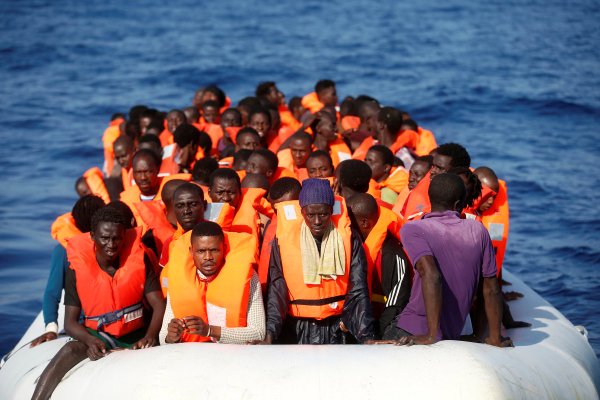 Gambian Soccer Player Drowns While Trying to Reach Europe
Next Up: Editor's Pick