Why Powerful Women Are Good for the World Economy

The private sector has both a moral and commercial interest in harnessing the power of women and girls to grow their business, argued Cherie Blair and Bineta Diop during a panel at the Fortune-TIME Global Forum in Rome.

The two women spoke with New York Times columnist Nicholas Kristof, who has made this a central focus of his books and columns. All three speakers affirmed the principle that focusing on girls’ education and female economic empowerment is not just a matter of social responsibility but is instrumental in driving growth. “It’s not just about doing good,” argued Diop, Special Envoy for Women, Peace and Security for the African Union. “It’s also doing the smart things because women have the capacity and knowledge and competence to bring another dimension into the workplace.”

They pointed to extensive research suggesting that money invested in women, whether in education or in supporting women as entrepreneurs, is highly cost effective: “Give a development dollar to a woman and 90 cents of it goes to the good of her family and the community,” observed Blair, founder of the Cherie Blair Foundation for Women. “So why do most development programs today give to men, which is half as effective?”

While particularly in very traditional societies there has been backlash against efforts to educate and empower women, Blair noted that men are often very pragmatic: “If they see it is going to benefit their life, you will be surprised at how many are glad to take the money,” she said. The U.S. Presidential campaign raised the prospect that the backlash is felt in the developed world as well, Blair said. In the U.S., “some people clearly felt that they were missing out, that women are emasculating men.” It’s important, she argued, that no job is treated as being the rightful property of any individual or group. “Everybody should have the chance to get a job,” she said. “It’s about skills and talents, not ‘this is a job only for men, and women are taking our jobs.’ That’s at the CEO level, the boardroom, right down to every level.”

Diop went a step further: “This revolution has to be led by men. We know if men get engaged in this revolution, it will succeed. Without the women I don’t think the economy in Africa would be where it is. It should be embedded in your strategy and solutions, not something you just add. It should be in your business model.” 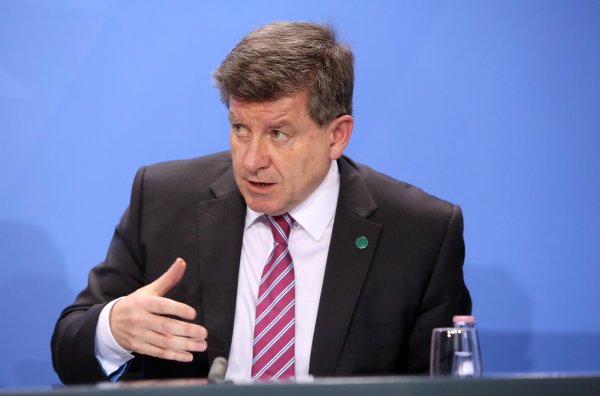