“This is a very dangerous moment,” says telecom billionaire Mo Ibrahim. “This is like the 1930s. We must take action.”

He’s talking about a crisis of capitalism, a topic that emerged from the opening moments Friday of the Fortune/TIME Global Forum in Rome.

It’s rare to hear a hyper-successful businessperson tear so vigorously into the standard behavior of businesses, but he believes that if business leaders don’t do it, companies’ futures are in jeopardy.

Plenty of others think the same thing, including another billionaire, Richard Branson, who also spoke up at the Forum’s opening session. But Ibrahim, an entrepreneur who launched Celtel, which operates in 14 African countries, was the most unsparing.

“Corruption–are taking a proper stand against it beyond statements from the board, while we ask consultants to do the dirty work? Taxes–are we paying taxes where money is actually made, or are we playing games, which enrages people? Executive pay–last year in the U.K., raises were 2% or less for most people, but executive pay in the biggest companies rose 10%. For an executive making £5 million a year, that’s a raise of £500,000. Is that fair?”

Ibrahim belongs to a group of business leaders called The B-Team, founded by Branson, which among other things argues that so-called anonymous companies, in which corrupt leaders can hide their ill-gotten wealth, should be eliminated.

These and other business leaders are attacking their peers because they’re worried deeply by the global rise of populism reflecting the anger of millions who feel they’ve been left behind economically. These leaders realize that if they don’t fix the world they’ve helped to create, populists will fix it for them–a fate they dread. After Brexit and Donald Trump, and the prospect of more such upheaval in countries worldwide, the race to fix that world is officially on. 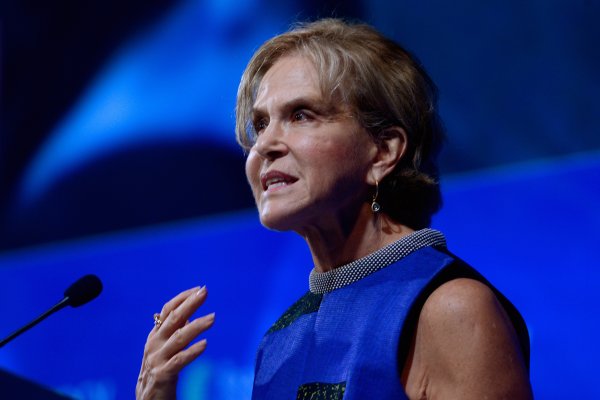 Eliminating Waste Can Feed the Hungry—All of Them
Next Up: Editor's Pick