People take part in a protest against Republican presidential candidate Donald Trump in New York City, on March 19, 2016.
Eduardo Munoz Alvarez—Getty Images
Ideas
By Negar Katirai
Negar Katirai is an Assistant Clinical Professor, the Director of the Community Law Group at the University of Arizona’s James E. Rogers College of Law and a Tucson Public Voices Fellow with The OpEd Project

A series of letters was recently sent to mosques throughout California threatening genocide against Muslims. At least one of the letters read: “There’s a new sheriff in town — President Donald Trump. He’s going to cleanse America and make it shine again. And, he’s going to start with you Muslims.”

This rhetoric is emboldening hate crimes against Muslims and is making many Muslims in the U.S. fearful. Donald Trump and his advisers have only stoked the sentiment. The President-elect must rule out his campaign idea of creating a Muslim registry.

My family and I fled Iran in 1980 because we were fleeing the revolution and its aftermath, including the Iran-Iraq war. My father was worried we would be targeted by the Islamic regime newly in power because of his work representing American and European companies as a lawyer.

My mother was disturbed by the prospect of raising a daughter in an Iran she did not recognize, where groups of religious men called komitehs (committees in Persian) patrolled the streets enforcing a strict interpretation of the Islamic dress code that required all women to cover their hair as well as their arms and legs.

My parents came to the U.S. because they believed that their religion or their devotion to religion would not matter—that they would be treated equally regardless of whether we were devout Muslims like my grandmothers, or the lapsed Muslims my parents were and continue to be.

In my public school education, I learned that America stands for treating everyone equally, with respect, generosity, and an open mind, regardless of where they come from, what they look like or their religion. In law school, I learned how these values are reflected in our laws.

The idea of a Muslim registry goes against these American ideals.

Kansas Secretary of State Kris Kobach, who is reported to be a key member of President-elect Trump’s transition team, said in a November 15 interview with Reuters that Trump’s policy advisers have discussed a registry for immigrants from Muslim countries.

Incoming White House Chief of Staff Reince Priebus refused to rule out such a registry when speaking on NBC’s “Meet The Press”.

These officials are not just talking about a registry; they are attacking an entire faith. Trump has named Mike Flynn, a man who has said that a fear of Muslims is rational, as his National Security Advisor.

When ABC’s Martha Raddatz asked Preibus whether the President-elect agrees with Flynn’s statements that Islam is not a real religion, but a political ideology masked behind a religion, Preibus said “clearly there are some aspects of that faith that are problematic.”

On Tuesday, Trump selected Katherine Gorka, a national security analyst who has been very outspoken against Islam, as part of his Department of Homeland Security (DHS) “landing team” to manage the handoff of DHS to new leadership. Gorka is known for her position that Islam itself is the problem, including her columns for Breitbart News where she has criticized Presidents Obama and George W. Bush for stating that Islam is a religion of peace. Her husband, Sebastian Gorka, also a columnist for Breitbart and a former advisor for Trump, has said that religious profiling of Muslims is “a synonym for commonsense.”

This is a huge departure from the approach America has taken since that tragic day on Sept. 11, 2001. Up until now, Republicans and Democrats alike have made it clear that the fight is against terrorism, not Islam itself.

After 9/11, President Bush distinguished between terrorists and Muslims. “The terrorists are traitors to their own faith, trying, in effect, to hijack Islam itself,” Bush said in an address to Congress on Sept. 20, 2001.

Eight days later, when meeting with the King of Jordan, Bush said: “There are thousands of Muslims who proudly call themselves Americans, and they know what I know — that the Muslim faith is based upon peace and love and compassion.”

But the Bush administration took steps that betrayed this wisdom. In 2002, they established the National Security Entry-Exit Registration System (NSEERS) that required men and boys 16 years of age and older with temporary visas from 25 specific countries—all but one with predominantly Muslim populations—to register for fingerprinting, photographs and invasive interviews.

The program was so unsuccessful it did not even result in a single terrorism conviction. But it did break up families as many men were either deported or fled out of intimidation.

America has been down this road before, and it did not go well. The internment of Japanese Americans during World War II is a black mark on our history that is remembered with shame.

Recently a friend of mine told me that her 7-year-old son asked why people of our faith are hated. Despite her desire to shield him from these truths, she found she had no choice but to explain that there are those who commit acts of terror in the name of Islam, but we know they are not Muslims because Islam preaches against any sort of violence. She found herself telling him that it is our duty to set those who confuse terrorists with Muslims straight.

Muslim-Americans throughout the country are having these conversations with their children. I am thankful that my son is too young for them, but often find myself tearing up when listening to the news.

Today, hearing talk that paints all Muslims with the same terrorist brush, I worry that we are abandoning American values and heading down a path that feeds right into the hands of the terrorists.

Let’s not repeat the darker pages of our history. We all must speak out against the idea of a Muslim registry regardless of our faith, creed or color. Call your elected officials or speak out to say #RegisterMeFirst. 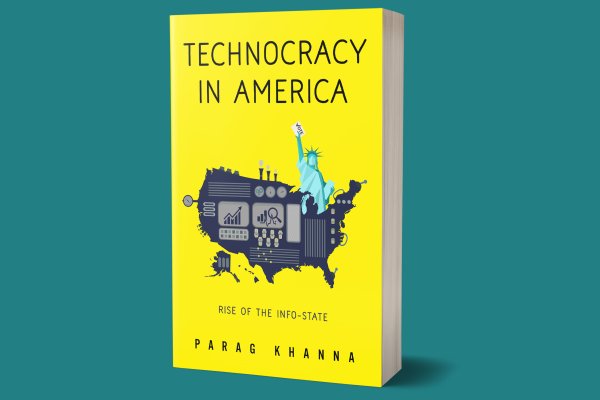 5 Radical Solutions to Fix Our Busted Government
Next Up: Editor's Pick