Rebuilding the Dignity of Work

Pope Francis has told us that “Work is fundamental to the dignity of the person.” Most people spend the majority of their conscious lives engaged in work—though we often fail to recognize all the kinds of work people do around the globe, not just in factories and offices, but in fields and forests and mines, and on the sea, and most of all, in homes. But today we live in a world where the labor share of the global economy is declining—which many economists point to as the underlying driver of stagnant global growth and rising inequality. This has, in turn, contributed to an unstable and increasingly ugly political climate globally.

In the developed world, there is a clear decline in the degree to which work produces economic advancement. Productivity gains are decreasing. Real wages have stagnated. And labor as a share of national income has fallen. These trends are present to varying degrees throughout the developed world. In the developing world, and particularly in the poorest nations, slowing global growth has meant a dramatic curbing of the rate at which the global poor are able to emerge from poverty by moving from rural areas and forms of dramatically precarious work into what the International Labor Organization refers to as “decent work.”

At the heart of both of these problems lies a more central problem: the deterioration of social solidarity as an economic and social force in global labor markets. This can be seen in the treatment of women and young workers in global supply chains, in the decline of collective bargaining coverage in world labor markets and in the inability of governments to make adequate public investment generally. Nowhere is the crisis of solidarity more acute than in the world’s response to collective problems with profound employment implications, such as climate change and migration crises.

These challenges are not simply challenges to social stability or ideals of social justice. These trends are negatively affecting the business climate. The global crisis of solidarity is a challenge to global business leaders, both in how they run their own organizations, and in how they seek to influence public policy making. Pope Francis has said “the various political, social and economic actors are called upon to promote a different approach, based on justice and solidarity, to ensure the possibility of dignified work for all.” For global business, answering this call is not just about doing the right thing for the world—it’s about doing the smart thing for business itself.

There are five areas where the need for action is urgent:

The challenge is to formulate concrete steps global businesses can take that will address these issues in ways that expand access to decent work throughout the global labor market, and that contribute to the growth of human solidarity that our host Pope Francis has championed. 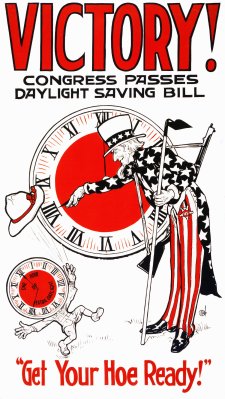 The Real Reason Why Daylight Saving Time Is a Thing
Next Up: Editor's Pick