It is perfectly obvious that failings in Western capitalism are at the root of the social and political dysfunction gripping the world. Income and wealth have indeed been monopolized by the richest few leading to widening economic inequality, stagnate wages and a shrinking middle class. The values and priorities of our capitalist system need to evolve, as they have done many times before.

Not so long ago, the average person used to think that capitalism was an inclusive and fair system. In the decade or so after World War II, a vast middle class flourished, sharing a healthy slice of the economic pie. What was so special about this period? Companies felt responsible for multiple stakeholders: workers, consumers, shareholders and communities. Henry Ford paid good wages to his employees, so that they and their families could afford to buy his cars. In many businesses workers were consulted in advance of decisions about pay and working hours. Job security was the norm.

Since the 1970s, firms have largely abandoned shared prosperity in favor of short-term profit. Meeting quarterly financial goals became the road to riches for chief executives, quants and investment advisors alike. Growth in median wages, meanwhile, became derisory. Job insecurity became the new norm. In summary, short-term shareholders have run away with big gains while employees and communities have paid a heavy price.

Bringing business and society together is the goal of “Inclusive Capitalism”. It is not just another name for corporate social responsibility, philanthropy or redistribution. Instead, it represents a different investment and management theory. It unifies us toward a shared goal of broadly based prosperity. It reaffirms the basic bargain between society and business because firms identify and measure material environmental, social, and governance metrics for the best interests of their customers, employees, shareholders and communities. The firms that perform best for all become the most financially valuable companies.

Even before the period of postwar prosperity in the middle of the last century, there was another huge and often forgotten precedent for how business should operate in a capitalist society. The original practitioner of Inclusive Capitalism was Adam Smith, the “father” of capitalism. He was very clear that free markets could not flourish without business having a strong underlying moral culture, animated by empathy and concern for the community. He believed that our ability to understand our common bond as human beings and to recognize the needs of others is essential to the success of capitalism.

Capitalism is in a crisis of legitimacy, for good reason. It desperately needs reform—or, rather, it needs to devolve to fulfill its original objective and serve all members of society. When properly understood and implemented, Inclusive Capitalism is the best solution to both societal and political discontent. 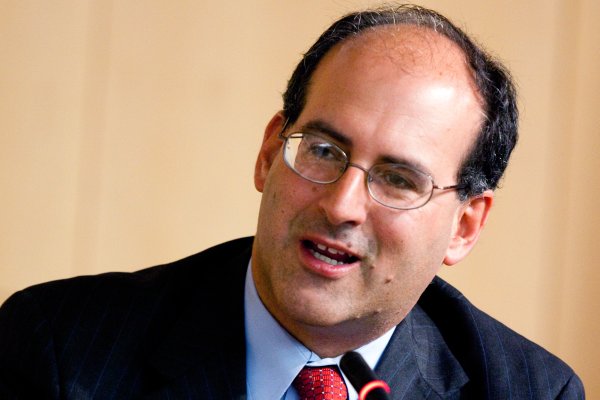 Rebuilding the Dignity of Work
Next Up: Editor's Pick