Fidel is dead, and now, buried. Some will call him the last of the Cold Warriors. But there are still plenty of regimes that have been in power for decades. Are they frozen in time, or is change bubbling beneath the surface? In each case, the answer may depend on how long political power can be kept within the family. A look at five of the longest-ruling regimes in the world, and where they go from here.

For all the breathless headlines this year about historic change, Cuba remains a one-party state controlled by the same figures and power brokers—i.e. the military and the Communist Party old guard. In today’s Cuba, the majority of land and labor remains in the hands of the state; private ownership is limited; rationing continues; the media is state-run; the government continues to repress dissent. In fact, the most important change has been its opening with the U.S.—but that has more to do with the current economic crisis engulfing Venezuela, which had been Cuba’s benefactor after the fall of the Soviet Union. Now Venezuela can’t even afford to feed itself.

Read More: Inside Fidel Castro’s Cuba — and His Legacy

While there’s been some opening up to allow for private ownership and employment in recent years, there has been no movement on political reform. Fidel’s brother Raul promises to step down when his presidential term ends in 2018, making way for his presumed successor, First Vice President Miguel Diaz-Canel, in a managed transition. Raul will stay on as the head of the Communist Party and remain influential behind the scenes. But it won’t be until Raul and key members of the Politburo are buried that true political change will come to Cuba. Fidel’s death is the beginning, not the end.

Somewhat remarkably, Belarus has managed to retain a large part of its Soviet-era economic model with heavy state control and major reliance on Russia’s economy. The political system remains similarly controlled; in fact, five-term President Alexander Lukashenko is much more powerful than his Soviet-era predecessors. Condoleezza Rice wasn’t wrong when she once referred to Belarus as “Europe’s last dictatorship.”

But it’s getting harder for Minsk to depend on Moscow, both politically (Vladimir Putin has his own ambitious political agenda, after all) and economically (Russian GDP fell nearly four percent in 2015 alone, its biggest drop since 2009). So Minsk has begun looking westward to the E.U. as a possible partner. These moves have come in fits and starts, and E.U. demands haven’t opened up the country’s politics much. It doesn’t help that Belarus is one of five countries that have signed up for the Eurasian Economic Union, Moscow’s response to the E.U.

Read More: How Fidel Castro Went From Revolutionary to Ruler

In all likelihood, Belarus is going to stay in Russia’s orbit while they seek ways to build ties with the E.U. for the sake of the economy. But don’t expect much more than symbolic gestures towards Brussels; the country’s elites have too many interests to protect to cut themselves off completely from Moscow. The future could depend on the strongman’s 12-year-old son Kolya. The president enjoys taking the boy to important international meetings and dressing him in clothes that match his own, leading some to speculate that Kolya is bound for bigger things.

Kazakhstan is currently ruled by Nursultan Nazarbayev, who has held the post of president since 1991 and served as head of the Kazakh Soviet Republic before that. He won the 2015 elections with 98 percent of the vote, topping the 95.5 percent he “earned” in 2011. Kazakhstan is fortunate to have sizable natural wealth; 21 percent of the country’s economy comes from oil. Its economic growth during the high-oil early 2000s turned Kazakhstan into the economic leader in Central Asia, something the government parlayed into a role as a regional political and investment center. The country’s key industries remain under strong direct and indirect state control.

When the time comes, the country’s next-generation leaders will struggle to end overreliance on oil, to satisfy high public expectations that economic growth will improve their well-being and to find a leader who commands the same beyond-question respect as Nazarbayev. We know the successor won’t be Nazarbayev’s much-feared son-in-law, Rakhat Aliyev. He reportedly committed suicide in an Austrian detention center last year. His daughter Dariga and her son Nurali Aliyev remain prominent contenders.

The 92-year old Robert Mugabe has been in power since 1980. To his followers, he’s an elder statesman courageous enough to pursue an African liberation agenda in the face of Western opposition; to everyone else, he’s a strongman who retains power through a security network of enforcers, secret police and intelligence operatives.

Staying in power hasn’t been easy. Following the loss of urban voters during the late 1990’s, Mugabe focused on building a rural power base. This involved land grabs from white farmers and the handover of property to political cronies. The land redistribution program initially failed and crippled an economy that was then-dominated by agriculture. The country has limped along ever since.

Mugabe’s saving grace is a political opposition that’s unable to muster sustainable support and shows limited organizational skill. Speaking of keeping power within the family, members of Mugabe’s party are already lining up behind potential successors, with one faction being led by Mugabe’s wife Grace, and the other by current Vice-President Emmerson Mnangagwa. But for those hoping to see a sea change in the country’s politics, the current economic collapse is more likely to force political change than the internal machinations of Mugabe’s party—provided the political opposition can get its act together. That’s a big if.

Kim Jong-un is the third generation Kim to dictate political and economic realities for North Koreans. At the same time, he’s pursuing what can be only described as “authoritarian style” reforms. During his father’s reign, the Democratic People’s Republic suffered from widespread famine. In response, Kim Jong-un has introduced limited, controlled reforms primarily to the farming sector. He’s also focused on shoring up the country’s paltry manufacturing—and while private enterprise is still technically outlawed, it’s tolerated as the emergence of a private economy has aided the country’s growth. The results have been real: There are now more consumer items available and more restaurants, housing prices are rising in attractive urban centers and there is even a fashion culture budding in Pyongyang. And who’s more stylish than President Kim himself?

But make no mistake, North Korea remains a centrally-planned system in the grip of the Kim family—the family has spent generations purging any possible political opponents, and looks likely to continue doing so. Also like his predecessors, Kim Jong-un has prioritized the country’s nuclear program over the well-being of the North Korean people. Some traditions are just hard to break. 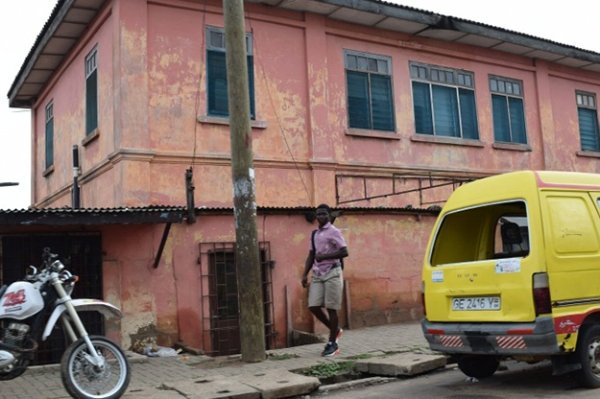 Ghana Shut Down a Bogus U.S. Embassy
Next Up: Editor's Pick