Donald Trump waves as he steps from his plane as he arrives at a campaign rally in Wilmington, Ohio, on Nov. 4, 2016.
John Minchillo—AP
By Lucinda Shen

President-elect Donald Trump on Thursday will host his first rally since winning the election and promising to embark on a multiple-state victory tour.

The real estate mogul is expected to speak along side Vice President-elect Mike Pence at the U.S. Bank Arena in Cincinnati, Ohio as part of his so-called “Thank You” tour.

Before the Ohio event, Trump is expected visit Indianapolis to announce a deal with Carrier to keep some 1,000 jobs in the country. The company’s air-conditioning plant previously planned to move more than 2,000 positions abroad.

Trump’s Cincinnati stop will be the first of several post-election rallies. He is expected to visit other states that helped propel him to a surprise victory on Election Day.

You can watch Trump’s rally above starting at 7 p.m. Eastern. 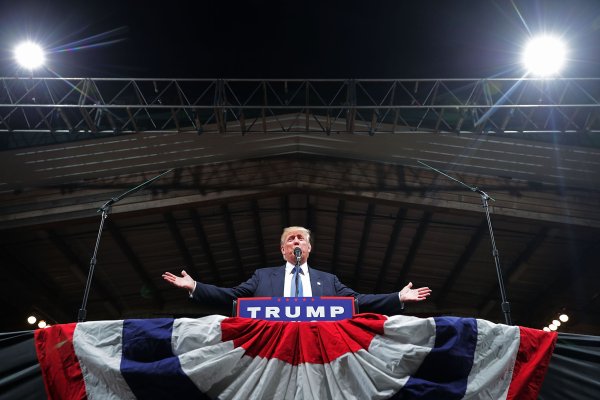